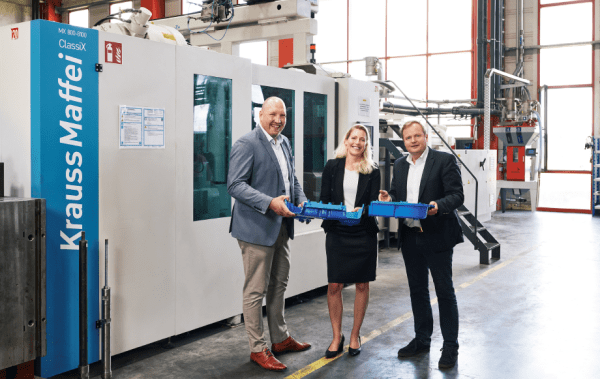 Whether it’s the red Bobby-Car racer, AquaPlay waterplay system or even entire playhouses, products from the Simba Dickie Group are enjoyed in almost every children’s room in the world. The plastic injection moulded parts needed for these usually come from KraussMaffei machines. 12 new machines have recently been ordered in the clamping force range from 500 to 16,000 kN.

From the large injection moulded part for the outdoor slide to the small plastic ring on the Bobby-Car steering system, the range of shot weights in toy manufacturing is large, and consequently, the Simba Dickie Group operates the entire machine portfolio of KraussMaffei: from the small PX 50 to the MX heavyweight with a clamping force of 16,000 kN.

Now, these machines will be joined by a total of 12 new injection moulding machines from the hydraulic CX, GX and MX series as well as the all-electric PX series. Seven machines are earmarked for the BIG plant in Burghaslach, Germany and five for the Smoby Toys location in France.

Michael R. Raum is the Head of Production of the Simba Dickie Group with its eight production sites and is also responsible for the procurement of new systems. Above all, he values the modular design of the KraussMaffei machines, that is, the ability to combine the injection unit and clamping unit as needed. He also sees the coherently designed MC6 control system, well-founded training and the option of bringing in the application technology of KraussMaffei for new projects as criteria that play a role in an investment decision.

In line with consistent efforts to pursue the use of recycled materials and to further expand it, all machines are equipped with the APC plus machine function. APC plus determines the melt viscosity and adjusts the fill volume in the shot. That, in turn, allows for reliable addition of recycled materials without fill fluctuation and thus without scrap and production interruption.

According to Michael R. Raum, “The outcome is an extremely high yield of good parts of up to 100 per cent. This allows us to save 2.5% of material and a five-figure amount in production costs.”

As part of a current research project that the Simba Dickie Group is running with the Chair of Plastics Technology at the University of Erlangen, they are using data collected by the DataXplorer from KraussMaffei.

DataXplorer can save 500 to 1500 machine signals per second in continuous curves and thus provides a nearly microscopic view of the entire process. As a result, manufacturing anomalies can be detected remarkably early and their underlying causes can be comprehensively analysed. After all, the point is to prevent as many defective articles from being manufactured as possible.

With the “socialProduction” digital tool, which is currently being used on seven KraussMaffei machines, the machine acts as a partner in its own chat room and, if necessary, sends messages that can be viewed by all participants. In the case of unforeseen machine interruptions, for example, an active alarm will be signalled on the operator’s mobile phone.

This saves valuable time for the response, and production can be quickly resumed. In addition, no more information is lost at a shift change. The mould setter or head of production has all machines in view in real-time and can see their availability and productivity, without the need to purchase an additional tracking system. This creates maximum transparency with minimal investment.

You can find out more about KraussMaffei’s machinery range and its array of digital products by visiting the KraussMaffei website, or use the contact details below to get in touch with the UK team. 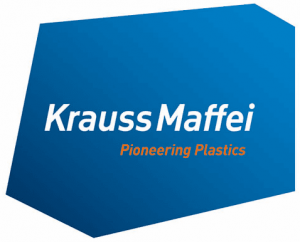