BEC Group: Mechanics and the Use of Recycled Materials 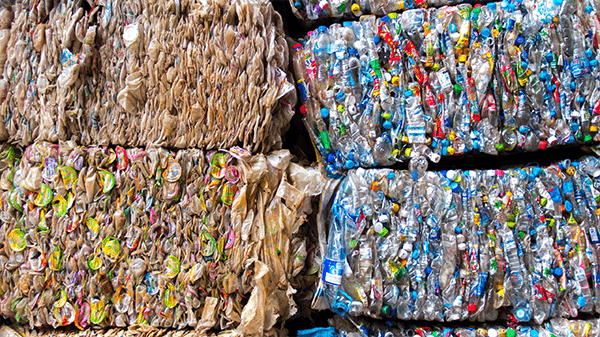 In this blog, the BEC Group discusses the mechanics and use of recycled materials as well as which industries are making headway (and not) in the recycling and reusing of plastic materials.

The daily grind: How usable is recyclate?

“The spirit is willing, but the flesh is weak,” the old saying has it. In the world of plastic manufacture, there is definitely a desire to use recycled material in new components for numerous reasons. Being a ‘good environmental citizen’ is a leading one, but there are others. Regrind (or recyclate, as it is more usually referred to) is perceived to be cheaper than new or virgin material, although that is not always the case. It may be more readily available – although, once again, that is not always the case. Looming legislative measures, from landfill and carbon taxes to ‘polluter pays’ penalties, along the lines of ROHS and WEEE responsibility, will serve to concentrate minds: one way or another, recovery, reuse and recycling is coming in from the fringes to become the mainstream.

In some areas, it already is. The PET bottle of coke you bought last weekend may have had a greyish tint to it; that’s because it is made with 50% rPET (recycled PET). The PET sector, in food packaging especially, is building a collection and reprocessing infrastructure that is heading towards the same territory as aluminium cans, which are an example of ‘closed loop’ economics; all aluminium food packaging is made from recovered and recycled material.

However, plastics and polymers are used far more widely than food processing. They are found in dashboards, carpeting, and underhood applications in the automotive sector, and the structural and performance characteristics vary enormously. Medical applications make virtually no use of recycled material at all – but street furniture and construction, on the other hand, do.

Where usage is critical, chemical makeup is crucial. Polymers have to perform to very high standards in structural applications and in extreme environments – such as the underhood in a motor vehicle. Does regrind fit the bill? Can it?

“Once you have reprocessed the plastic, you change the crystalline structure within it. That reprocessed product is not the prime version; you lose some of the chemical properties,” says Gill Jakes, Director of Bosworth Plastics. Her company’s experience of using reprocessed or reground plastic has not always been positive.

“They can cause real issues on the machines. They can have pieces of metal within the mix. You really need something that is a consistent grade for everything we make,” she explains. Bosworth Plastics has implemented a waste minimisation strategy, which includes purchasing a robot that collects waste and offcuts from the company’s manufacturing process and feeds it straight back into a granulator. It’s a short loop, but it’s a closed one.

Elsewhere, recycling is often more talked about than practiced. A growing scandal has been the practice of sending waste plastic overseas for supposed recycling; all too often, it ends up in rubbish dumps or clogging up rivers in Africa, South-East Asia and the developing world. The curtain began to be pulled back on the scale of the issue when China stopped buying plastic waste around the world. Former sources, like East Africa, found the marginal relief of extreme poverty gained from rubbish collection was brought to a halt. Towers of bales of waste plastic, amounting to hundreds of thousands of tonnes, began to pile up in the docksides and transit yards across the UK and Europe. These chickens are coming home to roost. Manufacturers and suppliers must do their utmost to ensure that they are not caught in any negative media coverage that will inevitably emerge. That means being as clued up as possible.

Bosworth Plastics’ customer base includes businesses working in construction, among other things.

“A lot of our products that are cast into concrete actually have to perform particular functions and have to have certain tensile loads and shear loads, which requires a quite specialist polymer,” Gill adds. Where possible, the company tries to offer options, but they don’t always work. “We have tried a recycled polymer on a piece of kit that we make for scaffolding. It’s only available in black, but a customer wanted bright yellow. We tried it; it was cheaper and took a load, but it appeared to be more brittle, making the end-user feel less confident in the product. On the other hand, something that is just forming a void in a piece of concrete, for example, can be made out of recycled material.”

The company has been working with a Holland-based company that is seeking to develop biodegradable plastics. It recently premiered a compound suitable for dental floss, for example, that dissolves in boiling water. It sounds great, but the energy involved in heating water to boiling point also has to be borne in mind.

“We run one polymer grade, list it, do a very comprehensive clean down, then run another, list it, and so on,” she says. “Everything is run separately, whether it’s extrusion grade, injection grade, or any other. Everything has to be granulated separately and sold separately. It will then go to a third party, who will blend it with their feedstock, or back to the original manufacturer for them to use in their processes.”

While regrind can be something of a ‘black box’ – users don’t know what they are getting – companies like PLASgran and Bright Green Plastics provide absolute specifications, in the form of SDS (safety data) sheets and MFI (melt flow index) viscosity data, both of which are crucial.

In the case of recycled automotive plastics, including engineering plastics, they are plentiful, but several challenges lie in wait for recyclers.

“They may be glass–filled ABS (acrylonitrile butadiene styrene), or talc–filled (ABS), for example. They have to be kept separate from other streams,” Susan says.

Within automotive, which is a massive user of plastics, it appears that engineering plastics, such as those used in underhood applications, are not yet at the stage that they can be recovered, reprocessed and recycled – although they can be downcycled and used in non-critical applications, such as headliners, fascias and interior detailing. BMW’s Circular Lab campaign highlights its drive to design for recycling. It says that it uses “as many clean and non-mixed materials as possible,” as well as materials that are “already in the life cycle,” such as recycled plastic, aluminium and steel. It designs to make dismantling easier, which brings down the cost of disassembly and also makes it easier to reintegrate recovered materials back into the cycle.

It is quite well-known that PET food packaging can end up as NVH (noise vibration harshness) insulation in motor vehicles and in HVAC applications in construction, which means it is tucked away out of sight for ten years or more. Out of sight may be out of mind for the moment, but it will still have to be dealt with in time.

PET looks like it is the leader in plastics recycling; hardly a week goes by without the announcement of another new facility, a new process, or a new machine. Pact Group, Cleanaway, Asahi Beverages and Coca-Cola Europacific Partners (CCEP) in Australia have announced a joint venture to build and operate a PET plastic recycling facility, expected to process around one billion bottles per year and produce around 20,000 tonnes of recycled PET bottles and food packaging. The plant will be located in Albury-Wodonga, on the New South Wales/Victoria state border, between Canberra and Melbourne.

Despite the requirement for things like tethered caps on plastic bottles and measures to outlaw single-use plastics completely, the food packaging sector continues to have a ‘dirty little secret’ in the shape of the films used to seal fresh produce, especially meat and fish. The retailers will promote responsibility and the trays themselves will be recyclable, but the films are not – and they stick to the trays like limpets. You need the strength of Arnold Schwarzenegger and the dexterity of a pickpocket to separate them completely. This is an issue that should have been dealt with by design already.

In a recent video podcast, German company Gneuss Kunststofftechnik GmbH described its latest generation of systems for recycling, in which filters are both more efficient and can be changed quickly and easily, thus minimising downtime. An executive officer from Swiss company Sukano AG also described the latest developments in masterbatch additives, which can maintain and manage viscosity index and, consequently, specification and performance of recycled materials, particularly tray-to-tray and opaque rPET granulates.

While the food packaging sector is developing circular manufacturing, the collection and reprocessing infrastructure more widely across polymers and plastics has to be strengthened. It is also incumbent on manufacturers and designers to understand both the usefulness and the limitations of recyclate. It can be absolutely the right solution, in the right application – and it is a positive to be able to say that a product is “made with X% recycled material,” as with the standard 500ml Coca-Cola bottle.

Knowing what is in the ‘black box’ of recyclate can also help to make design for reuse, recovery and recycling easier and more reliable in the first place.

Ruari McCallion wrote this article for the BEC Group. To read more about plastics and plastics recycling, visit the BEC Group Blog Archive.