Blog | Thermodynamics in Injection Moulding: What Is It and Why Does It Matter? 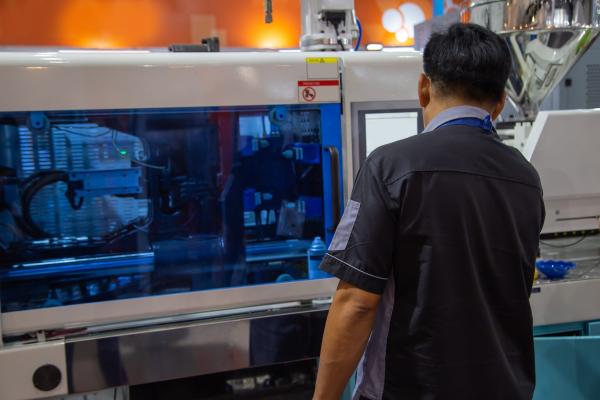 Thermodynamics isn’t just a fancy word, it’s vital to ensure efficient and effective injection moulding processes. Before we get into why it’s important, let’s review some definitions to ensure we’re all on the same page.

Thermodynamics: Physics that deals with heat and other forms of energy.

Thermal Conductivity (Tλ): The rate in which heat can be conducted through a material. Table 2 provides a general range for common substances in molding.

Thermal Expansion: How much a material will expand with a given temperature.

Specific Heat (Cp): The heat required to raise the temperature of the unit mass of a given substance by a given amount.

Shrink Rate: The amount a thermoplastic will shrink when cooled.

The machine is responsible for putting energy into the material through screw rotation to force the pellets from a solid state to a liquid state, then reversing the process in the mould.

If there is too much energy put into the plastic, there is high potential for degradation. Conversely, if there is inadequate energy we can expect to see un-melted pellets in moulded parts. A plastics pro can change the screw RPMs and back pressure during recovery, which affect the amount of energy put into the plastic. They must understand that not all polymers melt at the same rate, and some are very sensitive to heat.

The majority of the moulding cycle (nearly 80%) is waiting for the plastic to reach a temperature low enough that it’s rigid enough to withstand the forces of ejection. The workhorse for this is none other than the mold.

Thermal conductivity of the mould metal is also critical. Not all metals transfer heat at the same rate, with stainless steel being very poor and copper alloys being very good.

Only about 40% of energy is released from the part due to the ability of plastic to transfer heat. As the moulding cycle progresses, the plastic becomes more of an insulator with every passing moment, making it harder and harder to remove heat.

What if There’s Too Much Heat?

When large moulds run very hot, thermal expansion calculations must be used to ensure there is adequate clearance between moving components at operating temperature. Generally, the larger the mould and the higher the temperature, the more there is a concern. If the mould contains a hot runner system direct of valve gate, the thermal expansion at operating temperature must be addressed or there could be severe mould damage.

How Does Cooling Work?

It is also critical to understand how the energy is removed from the moulded part. One method of heat transfer is through the air surrounding the mould, which is not very efficient. Heat is also removed via the water channels. It’s important to have achieved turbulent flow in the channel to improve the ability of the water to transfer heat. If the Reynold’s Number is calculated, it can be determined if the water is flowing in a laminar or turbulent way.

Thermodynamics is only one of six injection moulding areas you need to master to become a plastics pro. Learn all of them in our latest white paper.