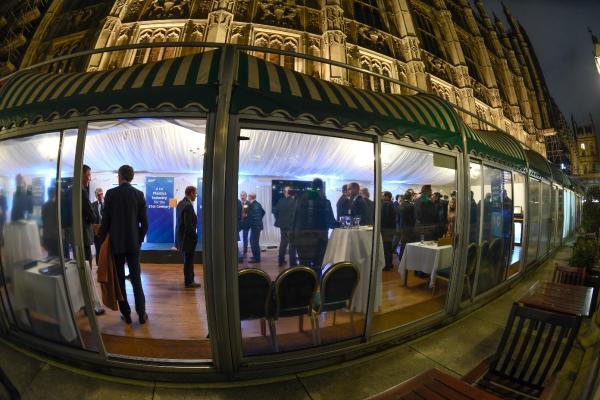 On 30 November 2021, the British Plastics Federation (BPF) held a parliamentary reception at the House of Commons in conjunction with Plastics Europe. It was attended by over 110 people, including 16 MPs and peers, with a further 11 government and parliamentary representatives.

The sponsor of the event, the MP for Rugby Mark Pawsey, noted how seriously the industry was taking the issue of mismanaged plastic waste and how the industry was engaging with MPs to explain positive progress and to help clarify some of the issues surrounding government proposals. He said:

“I know that the plastics sector is engaging very effectively with MPs to talk about the measures manufacturers are taking to reduce the amount of plastic used and improve recycling rates. It is also vital for the sector to understand the legislation that the government is bringing forward and the effect that will have upon businesses, and to make certain that Parliamentarians understand these issues.”

BPF Director-General Philip Law then gave his speech, stressing the importance of the plastics industry given that it supports almost every other major industry. He explained how the industry employs 180,000 people and is among the UK’s top ten exporting sectors. Law reminded the audience of the progress that had been made in reducing the amount of plastic material used in products over many years before stating:

“In the last year, we have added 150,000 tonnes of recycling capacity in the UK. As well as advances in mechanical recycling, chemical recycling has become a reality and £7.2 billion pounds worth of investments are poised for implementation across Europe by 2030.”

Referring to the government’s ten-point plan for a green industrial revolution, Law pointed out that plastics are a ‘key facilitator’ and are vital to delivering electric vehicles, more renewable energy and energy-efficient homes and buildings. He then pointed out that the geographical spread of plastics companies can assist with the government’s levelling up agenda.

In order for the industry to reach its potential, four key areas needed consideration, Law continued. Firstly, the regulatory framework needs to consider more than just the recyclability of products, such as the role they play in reducing carbon emissions. In addition, decisions need to be science-led, such as via LCAs. The government also needs to support businesses wishing to grow their export markets, particularly smaller businesses. Finally, the government needs to foster an investment-friendly climate for plastics companies. Elaborating on this point, Law stated:

“Alongside further advances in mechanical recycling, heavy investments in chemical recycling in the levelling-up areas can be expected. However, to secure these requires the rewriting of the secondary legislation supporting the Plastics Packaging Tax to accommodate ‘mass balance’ methods to verify the quantity of recyclate in products that have been derived from chemical recycling processes.”

“The plastics industry is clearly making a great effort to change while continuing to support society on its route to a net-zero economy. The amount being invested in expanding recycling capacity is testament to this positive change – and the right support from the government can further accelerate the realisation of a fully circular economy.”

Next to speak was Parliamentary Under-Secretary of State in the Department for Business, Energy and Industrial Strategy Lee Rowley. The minister noted the breadth and size of the UK plastics industry and thanked it for its efforts in adapting manufacturing processes in the ongoing fight against COVID-19. He encouraged plastics companies to contact their local MPs to highlight the good work being undertaken as well as the role they play in their local economies.

Rowley stated that when it comes to net zero, plastics ‘have a critical part to play’:

“Plastic is used in so many processes because it is so useful, and so what we need to ensure that we do is that we take consumers with us, we take the community with us and we take the world with us.”

Rowley closed his speech by saying that he felt confident a ‘net-zero’ plastic was achievable and that he looked forward to working in partnership with industry in the years ahead as it strives to meet government-set ‘challenges.’