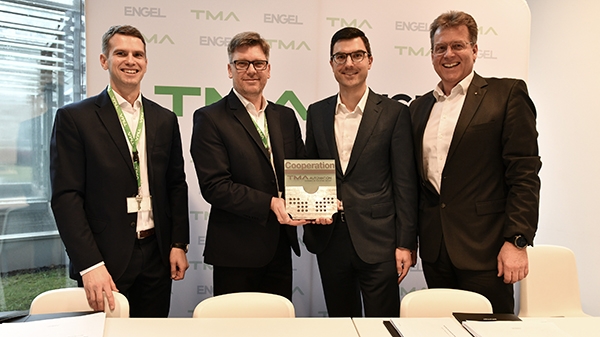 Dr Stefan Engleder, CEO of the ENGEL Group, said: “ENGEL has a strong presence in Eastern Europe, and with the acquisition of TMA is taking the next step for further growth in the region.”  The two companies have already cooperated closely for many years on numerous customer projects. One regional focus is Poland and the neighbouring Eastern European countries.

ENGEL offers highly-integrated and fully-automated production cells for injection moulding applications from a single source, boosting both the production efficiency and the investment protection for its customers with this holistic approach.

One of TMA’s focuses is on automating in-mould labelling processes in the medium performance segment. “With TMA, we have gained a know-how provider who knows the specific requirements of this performance segment very well and optimally serves them with solutions tailored to them,” Engleder emphasised. In the high-performance segment, ENGEL will continue to cooperate with its long-standing partners for IML automation.