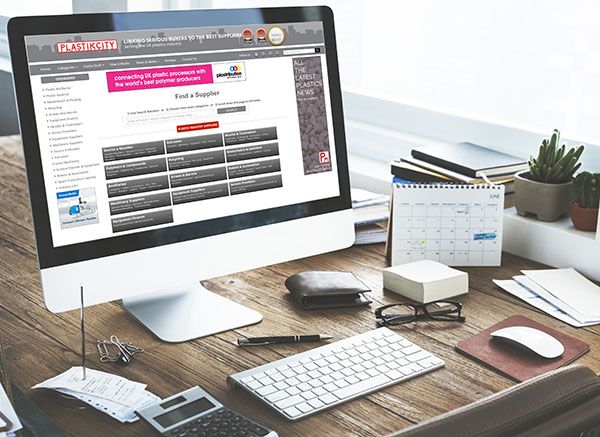 Web-based procurement and marketing hub PlastikCity has reached an exciting milestone, as the company celebrates half a decade of linking buyers and suppliers within the UK plastics industry.

Starting out with a handful of suppliers and only five categories, PlastikCity has grown to include over 180 industry leading suppliers, 15 main categories, with around 130 sub-categories.

PlastikCity was founded by Carl Futcher in 2012, with the official website launch in May 2013. When the industry was facing difficult times around 2011, it was evident that managers had less time to meet with prospective suppliers, yet still wanted to ensure they were being offered the latest technology and competitive prices. As the industry started to get busier this situation became even worse, as companies kept headcount low. At the same time, it was also clear that everyone, regardless of age, was starting to use the internet to do market research and compare products. Futcher decided to address these issues, which led to the formation of PlastikCity. Prior to the official website launch, the company was in development for around 18 months.

PlastikCity is designed to modernise the way the plastics industry operates by providing a choice of top suppliers presented in an efficient arena. The company has stuck with their principle of only promoting established UK and Ireland based companies with high quality equipment and services, following a suitable vetting process.

The past year has been particularly busy for PlastikCity, with monthly website visitors increasing from 6,500 in April 2017 to 14,500 in April 2018. The success of the year was led by the launch of PlastikCity’s dedicated partner news channel PlastikMedia. This has now gained momentum in its own right, with weekly newsletters being distributed to over 13,000 subscribers. 2017 also saw the addition of two new PlastikCity team members, the refurbishment and expansion of the PlastikCity offices, and the PlastikCity Pavilion at Interplas, where PlastikCity hosted 20 of their partners, each with their own stand.

PlastikCity will be exhibiting at the upcoming PDM event in June 2018, where they expect to continue their run of highly successful exhibitions. They are also proud to be sponsoring the Supplier Partnership Ancillary Machinery category at the Plastics Industry Awards 2018.

Upcoming developments also include the launch of PlastikCity North America, which is a model of the PlastikCity platform to serve the North American plastics market. This will be officially live in June 2018.

“We think the PlastikCity tool will be ideal for the North American market, and we’ve already had a very positive response from prospective partners. This is just one of the projects making it such an exciting time of growth for PlastikCity.”

If you’re a UK or Ireland based company with high quality equipment and services, get in touch with PlastikCity to find out how you can become a partner.