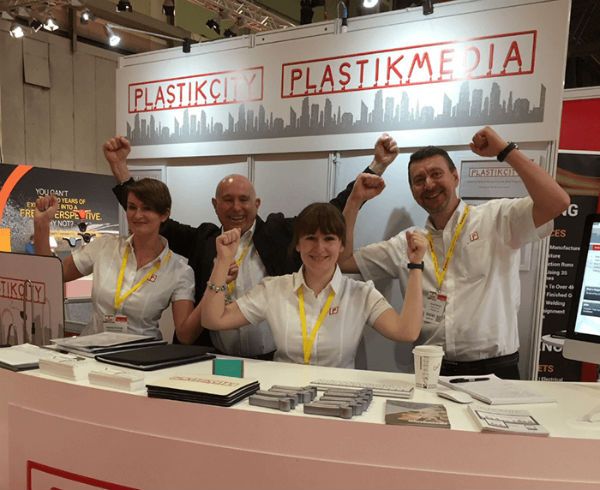 After celebrating the 4th anniversary of the PlastikCity website earlier this year, PlastikCity are pleased to announce increased growth throughout the business.

The PlastikCity website launched in May 2013 with just five categories. It now has 16 categories, with so many sub-categories that they had to install a Site Index to assist users to find what they’re looking for.

2017 has been a particularly brilliant year for PlastikCity, which was led by the launch of their dedicated news channel on PlastikMedia (www.plastikmedia.co.uk). This news channel has now gained momentum in its own right, with weekly newsletters being distributed to over 13,000 subscribers.

PlastikMedia is also home to the specialised marketing service side of PlastikCity’s business. This area has seen great success, with the acquisition of several contracts with large companies such as Negri Bossi Group and OnePlastics Group.

PlastikCity have been particularly excited to exhibit at their sixth UK plastics industry event, Interplas 2017. This was the first show where they’ve had a vastly increased presence, with the introduction of the PlastikCity Pavilion. PlastikCity hosted 20 of their partners, each with their own stand. The show was an incredible success PlastikCity and their partners.

The new team members coincided with the refurbishment and expansion of the PlastikCity offices. This included a new kitchen, and an extension to include a meeting room. Some members of the team even turned their hand to painting!

“2017 has been an incredible year for us so far, and we’re really happy with the direction that both PlastikCity and PlastikMedia are heading in. In particular, Interplas has been a highlight for us.”

The PlastikCity website is now achieving around 8,000 unique visitors per month, with over 10,000 sessions. That’s around double the amount recorded this time last year!

Carl continued, “This growth couldn’t have been achieved without the excellent suppliers that we promote, of which we now have around 160.

“We’re constantly updating the facilities on the PlastikCity site to ensure that we’re providing the best service we possibly can to both our partners and the plastics market.”

To become a PlastikCity Partner you must be a UK company with quality products and a proven level of UK based service support. If so, PlastikCity will be delighted to welcome you to their growing family.