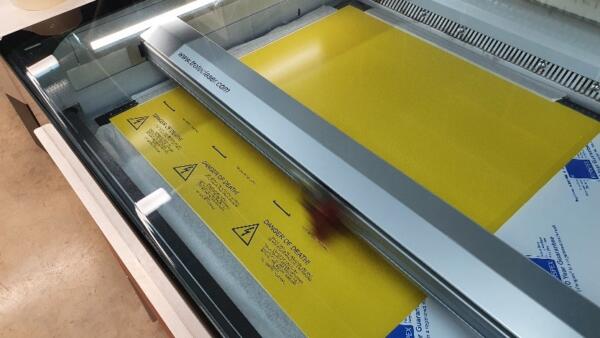 Founded in 2014, RB1 Ltd is a company comprising electrical engineers with a strong background in the UPS industry. An ISO9001 company based in Chesterfield, UK, the team design and manufacture AC + DC switchgear specifically for the UPS industry. The wealth of industry experience of each team member ensures that panels designed and built by the team are fully fit for purpose.

RB1 has been laser-cutting products for over five years, predominantly 3mm and 5mm acrylics and laminates to create covers and labels. To maximise production capabilities, the team purchased two non-Trotec 120w laser cutters, both with a 1200mm x 900mm working area. The large working area of the laser cutters allowed the team to produce large quantities of products; however, production was not without issue. Whilst the lasers were efficient cutters, the engraving proved to be an issue, with long job times and questionable quality. They also encountered issues when processing laminate materials, as the material would often warp during processing, even with low power settings. 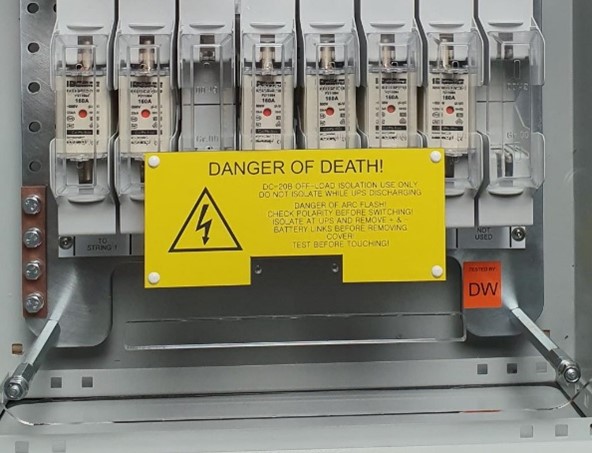 Over the course of their ownership, the team at RB1 found the lasers to be increasingly unreliable, with the technical capabilities being only one of the issues that slowed production. Some of the problems included the cut settings for the material, which almost always required adjusting before each job and laser alignment issues.

However, the main issue that the team faced was the lack of technical support from the laser cutter supplier, which was especially frustrating when coupled with the other issues they had encountered. Realising that the process could be more efficient, Dan Ward and the team began looking into alternative laser suppliers.

Dan discovered Trotec through social media and following further research into the products he became quickly convinced that Trotec could be the ideal solution for the RB1 team. Keen to see for himself what the lasers were capable of, Dan contacted Trotec to book a laser demonstration at his local showroom on Trotec’s new Speedy 400 laser cutter.

During the demonstration, Dan was not only impressed with the speed and quality of the machine, but the service he received from the Trotec area manager. Convinced by the demonstration and the support he had received from Trotec during his contact with the various teams, Dan opted to replace their existing laser cutters with two Trotec Speedy 400s, which were installed in February 2020.

Doubling up with efficient production

Since the Speedy 400 laser cutters were installed, Dan and the team have seen a vast improvement in the production process for RB1. Despite having a smaller working area of 1016mm x 610mm, the cutting efficiency of the lasers is a vast improvement over the previous machines, allowing for greater productivity, which has led to the company doubling its production output with the Trotec laser cutters. Material processing is also a lot more effective with the new Speedy systems, especially when processing flexible laminates. 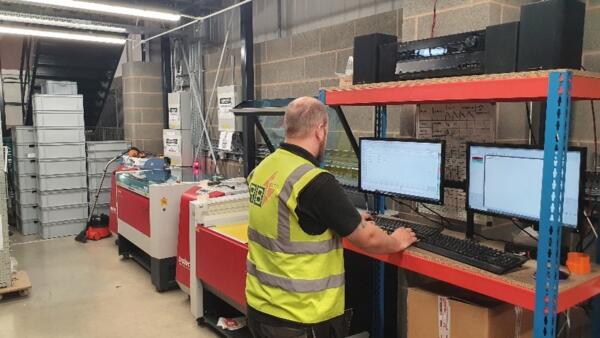 Alongside the more efficient cutting, the engraving quality has vastly improved thanks to the ceramic laser tube featured in the Speedy series. Whilst many glass tube lasers are designed purely for cutting; ceramic laser sources are equally as efficient for cutting and engraving, allowing for fine detailed results to be easily created with the laser, which has allowed the team to produce outstanding engraving results. Thanks to the technical capabilities of the Speedy lasers, Dan and the team have been able to trial other applications, including photoengraving, which has given them outstanding results.

The laser software has also proved to be a benefit for the team, as laser settings are all stored within the dedicated materials database. This means the team can begin processing a material with full confidence that they will achieve consistent results throughout their processing.

Dan has been quick to praise his Trotec experience. From the initial discussion to his demonstration and beyond, Dan has felt fully supported by Trotec. Dealing directly with the supplier meant that the process was incredibly easy and everyone was extremely helpful. Any questions that Dan asked always received a prompt answer, making him fully confident that Trotec is a supplier that he can rely on.

“Trotec made the whole process of purchasing a laser cutter easy. The machines are exemplary and have allowed us to maximise our production capabilities while experimenting with other features such as photoengraving. The Trotec lasers have really helped us to take the business forward. The customer service we have received from Trotec has been perfect from day one.”

“The quality is an improvement over our previous materials and the material is also cheaper to purchase.

“Thanks to the laser software we can easily process the material with the pre-installed parameters, minimising the risk of wasted material that was occurring with our previous laser cutter.”