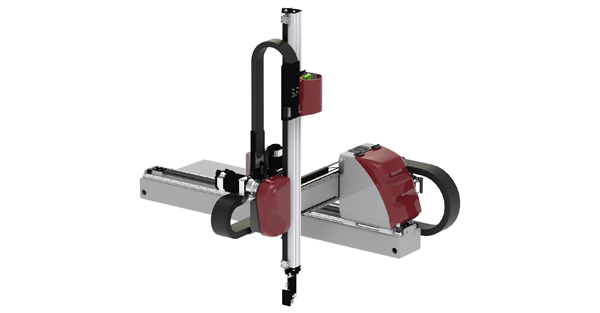 Wittmann launched its new SONIC 108 robot at the end of last year, which is suitable for injection moulding machines with clamping forces ranging from 150 to 500-tonnes and makes picking and placing at speed a breeze.

In contrast to the larger SONIC models, the SONIC 108 has been fitted out with a fixed demoulding axis, which has proved extremely advantageous for small injection moulding machines. Short overhangs and a compact control cabinet simplify the CE-compliant housing of the automation cell.

During the active demoulding stroke movement above the mould space, no axis elements are pushed towards the injection unit, which substantially simplifies the enclosure, especially in the area behind the fixed clamping plate of the machine.

Wittmann has optimised the robot for high-speed parts removal – particularly for packaging sectors and for pick-and-place applications. It is designed for cycle times below 4 s, with IN/OUT times kept below 0.9s. The robot’s drive system concept has been completely re-engineered to facilitate high-speed removal, with the SONIC 108 still able to handle payloads up to 2kg. The familiar Wittmann functions, such as iVac vacuum control with blow-off function, axis activation, SmartRemoval and digital visualisation of the axial movements are all part of the appliance’s standard equipment.