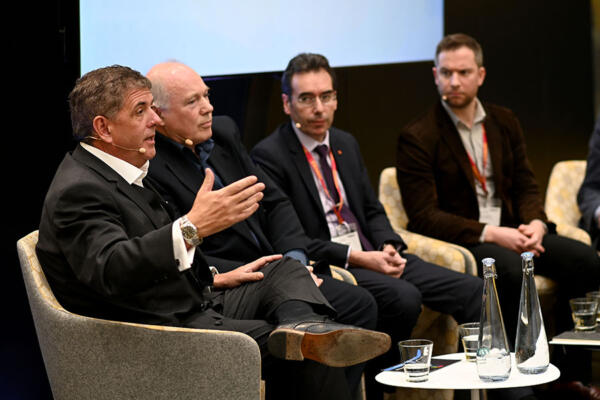 UK manufacturers must tip the balance in favour of automation in 2020 to avoid falling behind international competition, according to FANUC UK’s Managing Director Tom Bouchier.

The UK is the only G7 country with a robot density below the world’s average, with just 74 units per 10,000 workers. This positions the UK behind 14 other European countries and highlights the challenge that British manufacturing faces to compete with foreign productivity.

A recent report from the Business, Energy and Industrial Strategy Committee (BEIS) highlighted the extent of the challenge, arguing that if the UK does not make a concerted effort to transition to the Fourth Industrial Revolution, it will miss a pivotal opportunity for growth.

Tom Bouchier comments: “One of the arguments against automation is that it is too expensive, a belief especially pervasive amongst those that need it most – SMEs. But when you consider that we are around 30% less productive per hour than a German manufacturer, then the financial impact of not automating is clearly far greater.

“This misconception is underpinned by a lack of awareness surrounding automation. Features such as the ‘I am not a robot’ button on websites are indicative of the general mistrust of automation, and UK manufacturers need to work to overcome this mindset in order to boost productivity.”

One of the major arguments in favour of automation is the opportunity it represents to upskill and train employees, essentially future-proofing careers and creating more fulfilling jobs. Organisations such as WorldSkills seek to inspire young people looking to enter the industry, by engaging with the workers of tomorrow and providing clear pathways to enter the industry.

Tom Bouchier concludes: “Automation brings a wealth of exciting opportunities for everyone in manufacturing. By being open about the value that it provides, British manufacturing can secure its own future, and help British businesses to compete on a world stage.

“Automation should not be viewed with suspicion because it drives productivity, and is therefore not a risk to jobs. Failure to automate is a failure to increase productivity, which ultimately poses a much more real threat to UK businesses.”