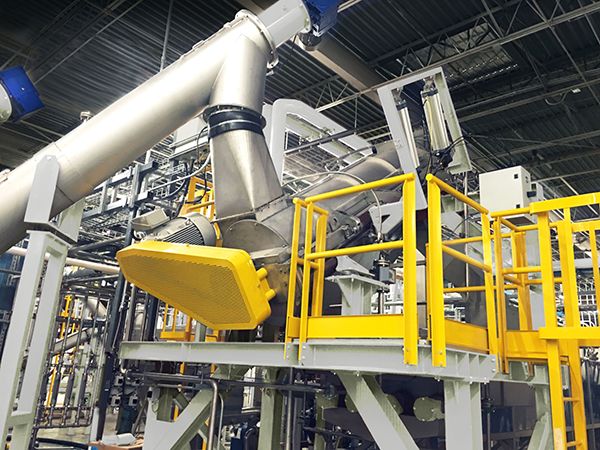 In September 2018 the world’s first facility for POAL recycling will be in operation to produce Ecoallene. POAL is a polyethylene + aluminium polycomposite recovered from food packaging (commonly known as TetraPak, the name of the company that patented it).

Ecoallene is a new green material whose main feature is to be ever recyclable. It is also easy to colour and contains some aluminium particles that make it slightly glittered. The main application fields are: automotive, building, giftware and general tools. Ecoallene is an Italian patent and Ecoplasteam is the company entitled to use its licenses.

AMUT, involved since the 80s in the engineering and manufacturing of technologies to process and recovery plastic materials, has fully developed this pioneering project together with the Italian start-up Ecoplasteam. Ecoplasteam can thus recycle 7.000 tons of waste coming from the disposal of this particular type of packaging, mainly from the polycomposite part (up to now only cellulose can be recovered). AMUT has carried out both technology for POAL treatment and washing and the extrusion line to turn the final material into pellets. The two companies have been able to sort out the complex issue of disposing most of this material waste: a process that has always caused problems and high management costs to landfills and incinerators. With this new plant branded AMUT, also this fraction of material, usually not recovered, will be transferred to Ecoplasteam facility to become Ecoallene after a proper treatment.

Functioning of the plant: The input material, in form of commingled bales, comes from the paper mill after undergoing to a process for TetraPak cellulose recovery. The material is processed and treated through progressive phases and washed with a series of equipment to reduce the presence of paper fibres. Once the material is clean, it is mixed by a gravimetric dosing system, filtrated, granulated by the extrusion line and finally put in big bags.

Ecoallene becomes a raw material to be extruded or injection moulded like a standard polymer. It can be coloured and additives added for different applications.