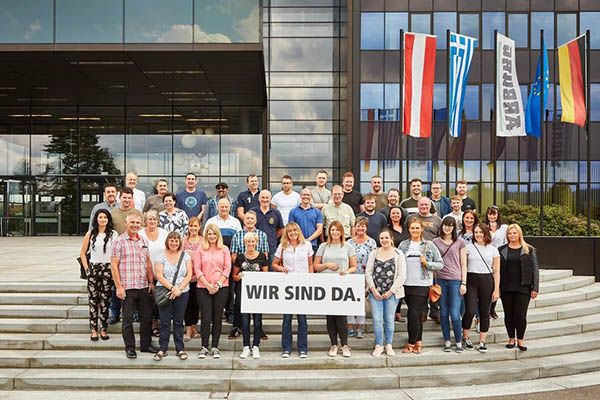 During the weekend of the 8th – 10th June ARBURG Ltd’s employees and family took the opportunity to attend a visit to the Black Forest, visit ARBURG and experience the local geography, food and culture.

For many of the partners this was the first time that they had visited the area and so were interested to experience as much as possible in the time allowed. After arriving in Lossburg on the Friday, a tour was arranged around the manufacturing facility which everyone, employees and family alike, felt gave a much better understanding of both the scale of the headquarters and the areas which may have been described in many phone conversations back home, whilst ARBURG Ltd personnel were there on business.

After checking into a local hotel this was followed by a guided tour of the Alpirsbacher brewery with various beers being sampled and dinner in a nearby restaurant.

An overnight stopover followed, with the tour continuing South through the beautiful Black Forest area by coach to the town of Triberg to take in the sights. This included the world’s largest cuckoo clock and the highest waterfalls in Germany. The tour continued South again to the Medieval City of Freiberg where there was time to explore, before having dinner in the main market square. The weather was almost perfect with only a small shower on Saturday night. The party returned safely on the Sunday after having spent some time walking around the beautiful old town of Freiberg.

“I arranged this tour as part of our 25th anniversary celebrations. I felt it was wholly appropriate given the commitment of the staff directly and their partners indirectly for their commitment and loyalty to the company and its customers. In total there was a total of 275 years service on the tour! I think this says it all and everyone thoroughly enjoyed the weekend!”