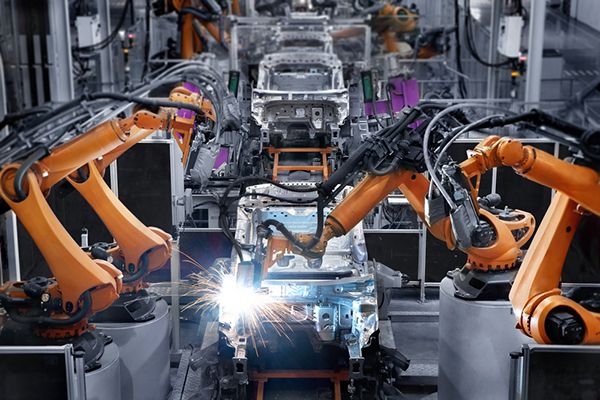 Earlier this month, I attended a seminar at JLR’s Castle Bromwich Site.  The event was organised by the BPF and its aim was to shed some light on the current state of the UK automotive market and likely scenarios resulting from a range of Brexit outcomes.

Some of the information shared by the speakers is unavailable for wider publication, but I will try to provide a general overview of the event. This will be done with a strong bias towards the UK supply chain, the focus of PlastikCity being to support our Plastic Sector manufacturing base.

If you are not directly allied to the Automotive Sector, there are still elements of this article that will have relevance to you.

YTD figures (September to September) show a decline in UK car manufacturing in the order of 7%, total units being produced being around 1,700,000.  This fall in sales is mainly due to a reduction in UK new car registrations.  Exports only fell by around 3%, standing at 951,448 units. 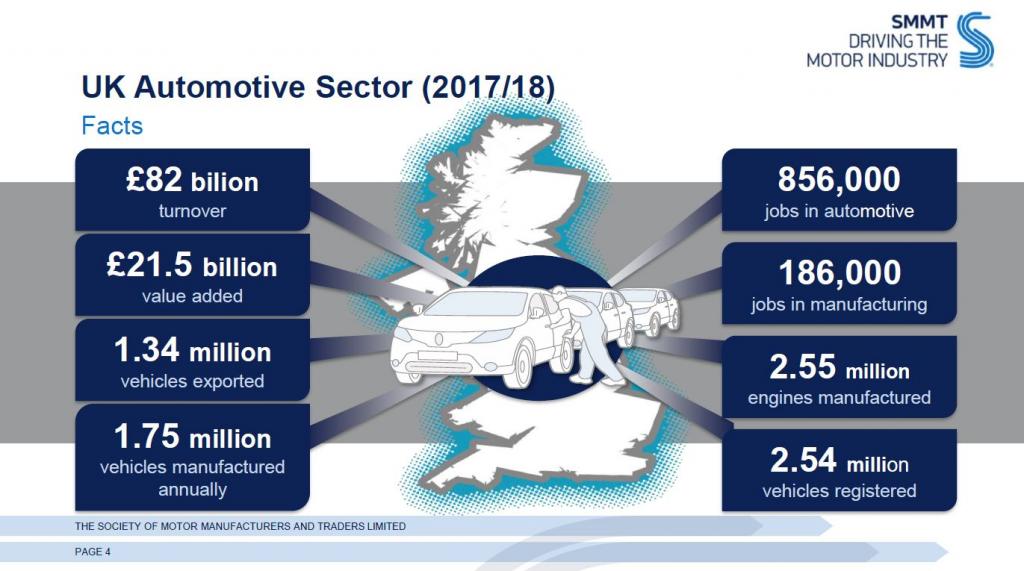 The largest drop took place in September, many citing an uncertain Brexit outcome as influencing both UK and European demand.

There is however the impact of the new WLTP legislation to consider. The European Union has developed a new test, called the Worldwide Harmonised Light Vehicle Test Procedure (WLTP).  This is designed to provide more realistic ‘real world’ figures for fuel consumption and CO2 emissions.  You can read more here – http://wltpfacts.eu/what-is-wltp-how-will-it-work/

One final contributor to falling sales could well be that two major product lines are due for replacement, so potential buyers may be waiting for the new model launch.

We have all heard about the decline in the sales of diesel-powered cars, this being partly linked to changes in personal taxation for company cars, increases to VED (car tax) and additional congestion charges in the pipeline for older diesel technology.

There is also a perception that diesel engines are naturally ‘dirty’.  The reality is that the latest Euro 6 engines are significantly cleaner than models first used in mass produced cars.

Sales have not however shifted to just hybrid and plug in models.  Although there has been a 30% increase in sales of these vehicles in recent months, numbers are still relatively small, with the majority ‘shift’ being to petrol cars.  This can be mainly attributed to a lack of affordable electric models.  (As things currently stand, an electric power train is roughly twice as expensive to manufacture as an internal combustion engine equivalent).  Limited infrastructure (charging points) is also a factor.

In terms of ‘body type’, there is still a continued upward trend towards SUV type vehicles.

There will be a continued push for ‘electrification’, in terms of both vehicles and the infrastructure needed to support them.  This will be backed by continued initiatives and funding.

In January 2018, the government and the SMMT (Society of Motor Manufacturers & Traders) brokered an initial deal aimed at ensuring that the UK continues to reap the benefits from the transition to ultra-low and zero-emission vehicles.  This builds on the SMMT’s primary role of growing the innovative and cost competitive supply chain needed to secure international investment.  (This has resulted in a steadily increasing percentage of UK manufactured components being used by UK based OEM’s).

Key points of the initial agreement are:

THE NEED FOR ‘LIGHT-WEIGHTING’.

The future primary driving force behind a lot of automotive component development is likely to be weight reduction.  This is mainly because of the additional weight associated with all-electric drivetrains and hybrid vehicles.

In the case of all-electric vehicles, the combined weight of batteries, motors and gearboxes is nearly double that of the equivalent petrol or diesel drivetrain.  Heavy vehicles require more energy to propel them, so either a larger battery is needed, or there will be a marked reduction in performance and/or range.

Battery development will only be part of the solution, other heavy items such as body panels and interior trim being areas to target.  Plastic components will no doubt play a major role in this ‘war on weight’.

The development of autonomous vehicles will also lead to major vehicle design changes, the reduced need for passenger safety being key to weight reduction.

A large reduction in the use of fossil fuels, combined with minimal or zero vehicle emissions would have a major impact on the governments tax income under the current rules.  For this reason, vehicle weight will probably become the major measure used for tax calculation and generation.

WHAT THE OEM’s ARE LOOKING FOR

As far as JLR are concerned, they need to counter the weight gains associated with electrification, as well as by reduce the Carbon Footprint of their vehicle manufacture.  Plastic is relatively ‘Carbon expensive’, so a move to recycled plastic content is seen as paramount.  In fact, using recycled polymers is viewed as the default choice unless other factors prohibit its use.

To be more attractive, suppliers should:

There are probably too many scenarios to consider at present, but with over 50% of vehicles produced in the UK heading for the EU and many car plants being designed to support this market, then a good outcome is obviously critical.

Even a straightforward Brexit deal should result in a period of stagnation, 1.7 million vehicles per year probably being the upper limit.  There will no doubt be some initial supply chain disruption, but the major automotive players can easily plan for this.  There is also the possibility of import tariffs for components imported from outside the EU, and at the very least, an increase in the ‘paperwork’ required to prove a components source of origin.

A ‘no deal’ situation could easily result in a 15% drop in production.  Possible contributing factors being high tariffs on trade with the EU, disruption to supply chain due to lengthy customs clearance and a fall in the strength of the Pound impacting on the ‘home market’.

A move away from the internal combustion engine is inevitable.  Regardless of the outcome of our current negotiations with the EU, the UK needs to invest in the technologies and skill sets required to meet the challenges ahead.

As far as the UK Plastics Sector goes, there will probably be an increased demand for thermoplastic composites, as these are more readily recyclable than the currently more common thermoset types.

The need for ‘light-weighting’ will no doubt result in more metal components being replaced with plastics.  In the longer term, a move towards a system of autonomous vehicles will further promote ‘metal replacement’, as ensuring passenger safety will shift towards electronic rather than ‘physical’ solutions.

Finally, car manufacturers are going to be a lot ‘greener’ in the future.