Bumper Crop of Awards for PlastikCity Partners at the PIAs 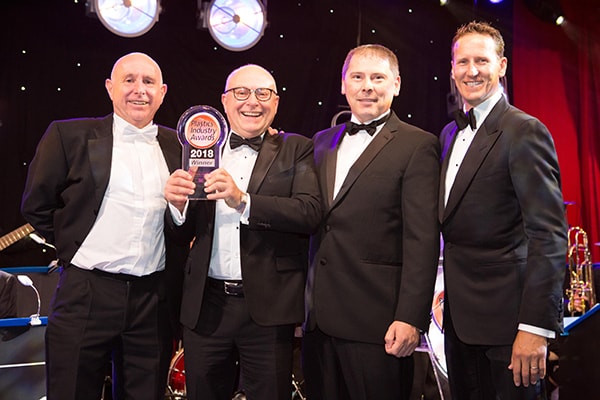 On the evening of Friday 28th September at the London Hilton on Park Lane, the winners of the 2018 Plastics Industry Awards (PIAs) were announced.

The PlastikCity philosophy of only partnering with the best UK suppliers was well represented, with their partners nominated as finalists in thirteen categories, and outright winners in five of them!

PlastikCity sponsored the ‘Supplier Partnership – Ancillary Machinery’ category, so it was a particular privilege for PlastikCity MD Carl Futcher to present the award to Piovan and Forteq, both established PlastikCity Partners.

Other winning PlastikCity Partners were:

Best Environmental or Energy Efficiency Programme of the Year

Best Business Initiative of the Year