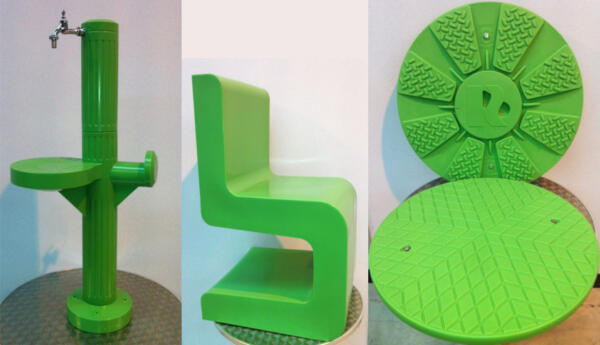 Interest in biopolymers has increased significantly in recent years driven by a variety of social, legislative and economic factors but the definition of biopolymer itself still cause some confusion. Matrix Polymers aims to help its customers to acquire some useful terminology and help to distinguish between biopolymer and compostable material in this article.

According to EN 13432 biopolymers are defined as biodegradable polymers or polymers based on renewable resources.

Polymers from renewable resources can be classified into 3 categories [1]:

Biodegradable materials are thus materials that can be converted only into carbon dioxide, water, biomass and possibly methane under the actions of microorganisms.

Among the external factors that can influence biodegradability:

According to the model proposed for plastic material biodegradation, hydrophilic extracellular enzymes pass from microbial cell to plastic, disaggregating its macromolecule and reducing its dimension in a way to start the endocytosis (mechanism through which the cell engulfs and internalises the material). This theory explains the reason why plastics, that are generally hydrophobic, are difficult to be biodegraded.

There are three main ways to dispose of waste plastic:

A landfill is designed to bury, not to break down the material. Most plastic cannot be decomposed by microorganisms: they will remain buried for thousands of years without rotting.

Incineration is a waste treatment that involves the combustion of organic substances contained in waste materials [2]. The waste is converted into ash (formed by inorganic constituents that can take the form of solid lumps or particulates), flue gas and heat (usable for producing electric power). This waste disposal technique can be dangerous if hazardous materials are not removed before incineration.

Recycling involves processing used material into new products to prevent waste, reduce the consumption of fresh raw materials, and reduce energy usage and air pollution that can be caused from other waste disposal systems such as incineration [3,4].

Composting leads to the formation of carbon dioxide, water and compost for agricultural uses; while biomethanation produces biogas (methane and carbon dioxide) and mud, that is later transformed into compost.

Composting can be considered as a recycling technique because the original product is transformed into a new usable one (compost) and it is a convenient way to dispose of waste, especially where landfill sites are limited.

According to CE n. 62/94 a material is defined as compostable if it is:

According to EN13432 a material is compostable if its components are individually compostable. This definition allows us to analyse materials components, instead of materials themselves, reducing the number of tests.

If you are interested in learning about biopolymers and how Matrix Polymers can help you to succeed in this growing market, please speak contact Dr Sara Cammarano, Matrix Polymers Technical Manager at sara.cammarano@matrixpolymers.com

[2] Knox, Andrew (February 2005). “An overview of incineration and EFW Technology as applied to the management of municipal solid waste 9MSW”. Univeristy of western Ontario. http://www.oneia.ca/files/EFW0