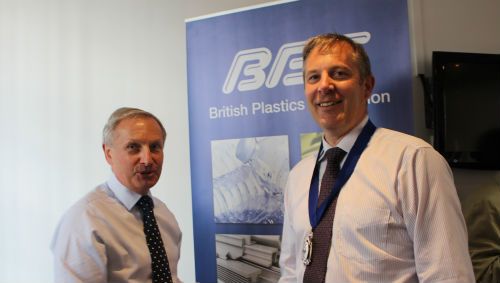 Bruce Margetts, the Managing Director of Bericap in the UK, was elected as president of the British Plastics Federation in succession to David Hall at the BPF’s AGM held on 25 May.

Margetts was born in 1966 and was educated at the University of Durham, where he took a BSc degree in Physics and Electronics and, later, an MBA.

He has extensive experience in the plastics industry, having worked with the Autobar Group and RPC prior to Bericap. His distinguished career at RPC progressed from operations manager to general manager in RPC Containers and in 2012 he was appointed RPC injection moulding cluster manager. Latterly, he was regional director of RPC Superfos UK Region. He joined Bericap as managing director in 2016.

Margetts has a strong track record in the BPF, having previously served as chairman of its Plastics and Flexible Packaging Group. He has been a longstanding member of the BPF Council as well as the Strategy and Finance Committee, being appointed vice-president in 2016. Notably, he helped guide the BPF’s evolution of the BPF’s Climate Change Agreement for Plastics, BPF Energy.

“I am truly honoured to be taking on this role as president at such a crucial time for the UK plastics industry. David Hall did a superb job in helping to lay strong foundations for the BPF’s future and I wish to build on this. The BPF’s priorities are very close to my heart — in particular the great need to develop key skills built along a clear structure to increase interest and the appeal of the plastics industry as a rewarding career path for an individual. I am looking forward immensely to working with the ever-professional BPF staff in developing these themes.”

Related Post  Developing the Role of Plastics in the Circular Economy