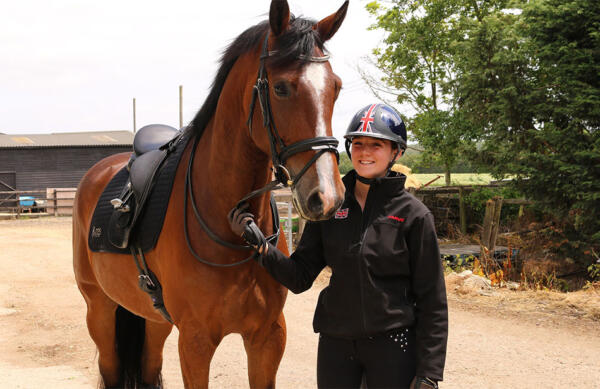 Maddie Frewin, 16, has been riding horses for over a decade, and earlier this year competed for Great Britain at Exloo CDI, at which she achieved the top GB score for the year, gaining in excess of 70% in the individual test and placing fifth in a tough field. Understandably, her ability and confidence on a horse has attracted the attention of FANUC UK, an industrial automation solutions company.

Her affinity with horses has led to involvement in European level dressage competitions, where she frequently places highly, while she also works with horses to train them to competition standard.

Steve Capon, Technical Manager at FANUC UK, comments: “Passion, enthusiasm, and drive are qualities which FANUC UK prides itself on, and Maddie possesses these in abundance.”

“She is a terrific individual, and we’re proud to be a sponsor on her journey. We’ve previously provided a tack locker, training radios, a competition hat, and this year we will be contributing some riding boots.” 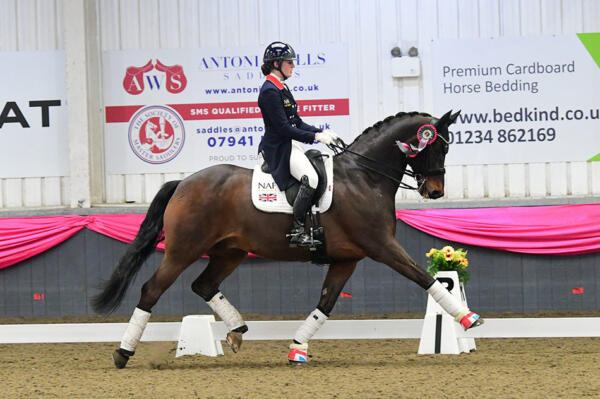 The fact that Maddie engages with her passion for horses while attending school and completing her GCSE exams, makes her success all the more impressive. With Exloo CDI on the horizon, Maddie’s continued involvement in international competitions presents an exciting future.

Maddie adds: “I’m hugely grateful to all my sponsors, and to receive continued help from FANUC is amazing. Their annual generosity provides me with the equipment needed to allow me to compete on a world stage, and I cannot thank them enough.”

To find out more about FANUC UK, please visit: www.fanuc.eu/uk/