Entries Open for 2018 Polymer Apprentice of the Year Award 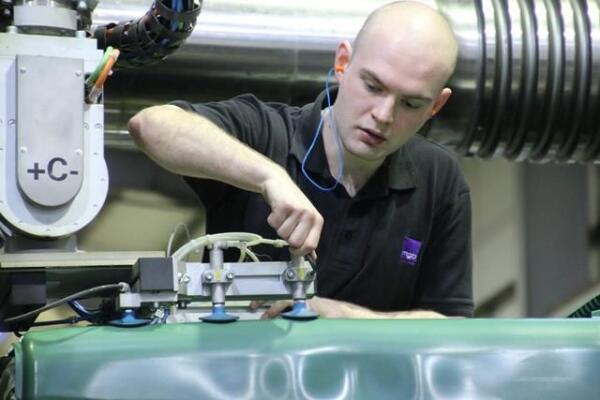 The 2018 Polymer Apprentice of the Year Award, run by the Worshipful Company of Horners in conjunction with the British Plastics Federation (BPF), has officially been launched (deadline 12th November 2018).

The award aims to recognise the achievement of apprentices in the polymer industry and to encourage and support them in their development.

As the livery company associated with the polymers industry, the Horners work alongside the British Plastics Federation in promoting education and skills vital to the industry. As part of this, the Polymer Apprentice Award is open to apprentices employed in a technical, engineering, manufacturing or design role, and is awarded to celebrate outstanding performance.

2017 saw Oliver Marsh of MGB Plastics scoop first prize, awarded at the Livery Companies Skills Council Award Ceremony in Glaziers’ Hall where he received his Horners’ Polymer Apprentice Certificate, ceremonial drinking horn and £500 cash prize. His Operations Manager, David Hallgate, noted at the time that Oliver proved to be “an outstanding apprentice and a highly valued addition to our team. Changes brought about by his innovations are driving tangible improvements in productivity and performance.”

To enter the award, which is for apprentices at Level 2 or 3, applications can be made online http://www.bpf.co.uk/events/the_horners_award/polymer-apprentice-of-the-year-award