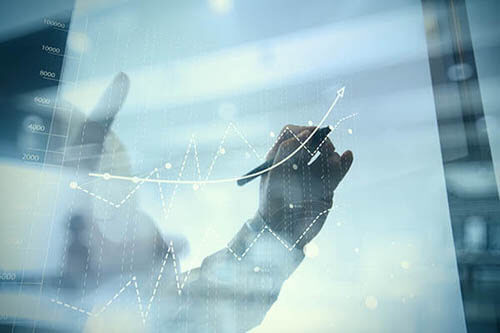 Britain’s manufacturers enter 2018 optimistic that a growing global economy will sustain new orders and industry growth in the year ahead according to a major survey published today (8th January 2018) by EEF, the manufacturers’ organisation and the global insurer AIG.

The 2018 EEF/AIG Executive Survey shows that the balance of companies expecting an improvement in global conditions has reached the highest level in four years, with 42% of companies expecting trading conditions to be better than last year, compared with 14% predicting world growth will be slower than last year. The optimism for the global economy contrasts, however, with the outlook for the UK market with more manufacturers expecting a deterioration in the UK economic conditions for the second year running.

The confident mood amongst industry executives is reflected in improvements across all firm level indicators in the survey – from sales to UK and export customers, to job numbers and profit margins – the balance of companies expecting to see an increase in all the firm level indicators is positive for the first time in three years, with the responses improved in every case on a year ago.

This mood is tempered however by the continued upward trend in the proportion of companies who see more risks than opportunities in the year ahead with half taking this view, double the number of companies who see more opportunities. Risks related to the UK’s exit from the EU continue to dominate in 2018, with concerns about the effects of rising input costs, loss of EU staff, exchange rate volatility or a disruption in a major market continuing to cast a shadow over an otherwise buoyant outlook.

However, far from being blinkered by Brexit, manufacturers have other risks on their radar, including their exposure to cyber breaches, with over six in ten saying that disruption due to a cyber-attack was on their risk radar for the year ahead.

Other risks identified include the capacity implications of subdued investment and other international ‘what ifs’, including an increase in protectionist sentiment in the US. The survey also reveals a range of actions that should help minimise the impact of these challenges, such as an increased focus on productivity, efforts to move into new geographic and sector markets, better employee engagement and action to manage cashflow.

The survey does not, however, identify major shifts in investment sentiment across UK manufacturing. Only a third of companies surveyed admit to making contingency plans for a no deal Brexit outcome and industry executives seem as likely to be considering reshoring as offshoring activity in the year ahead in response to Brexit and exchange rate risks. All this continues to leave the outlook for manufacturing investment in 2018 finely balanced.

“Manufacturers left 2017 in an upbeat mood and are set to outpace the rest of the economy again this year as the growth in global trade continues to gain momentum. That is not to say everything in the 2018 garden is rosy, however, as there are plenty of factors that could puncture this positive picture.

“Chief amongst these is Brexit which has put the investment outlook on a knife edge. As such, it is essential that the Government gets a transition deal as a matter of urgency and sets out with utmost clarity as to what kind of final deal it is looking for.

“In tandem with this it also needs to crack on a pace with its Industrial Strategy. This will be vital in providing manufacturers with the confidence to invest in strategies to improve their productivity and enter new markets.”

“It is encouraging to see optimism from UK manufacturers as we set off into 2018, despite the challenging economic backdrop. While the uncertainty surrounding Brexit understandably features highly in perceived risks for the manufacturing industry, it is interesting to see that cyber security is front of mind for executive leaders.

“A cyber-attack can swiftly interrupt the supply chain, potentially causing severe disruption to manufacturers. As technology and data start to play increasingly critical roles in the industry, companies will inevitably find themselves more vulnerable to cyber breaches.

“Manufacturing is key to the UK’s performance on the world stage, and plays important part in improving the health of the economy. Robust cyber security measures and thorough employee training on cyber security are vital to help protect against the increasing threat of attacks.”

The survey shows performance at individual firm level is set for a significant uplift with 68% of companies expecting to increase productivity and almost three quarters (72%) intending to boost investment in automation. In contrast to some fears, this is not set to result in reduced employment as half of companies plan to increase their headcount (up from a third last year) in 2018 compared to just 10% who expect to reduce it.

Whilst the positive outlook is shared across sectors, companies in the capital equipment sector are most optimistic on the back of the increase in global investment with 60% of companies seeing growth in exports to both EU and non-EU markets in 2018.

The survey reflects the generally optimistic view of world trade and global markets though this outlook is not without clouds on the horizon. Chief amongst these are fears of an increase in protectionism with 50% of companies saying this would have a strong or slightly negative impact on their business plan, whilst 39% take a similar view of the impact of any sharp slowdown the Chinese economy.

The potential risks which Brexit has exacerbated also feature prominently at the forefront of manufacturers’ minds though the survey provides no evidence that companies are, as yet, planning to relocate large parts of their operations to the EU or elsewhere.

Major risks highlighted come from the impact of Brexit on exchange rates in particular with 66% of companies seeing this as a risk. The impact on sterling is especially important with four fifths of companies viewing more volatility this year this as a risk, including over half saying parity between the pound and the euro would have a negative impact on their business.

Other risks associated with Brexit include the potential loss of EU nationals which is seen as a risk by 38% of companies and any relocation of major customers (31%).