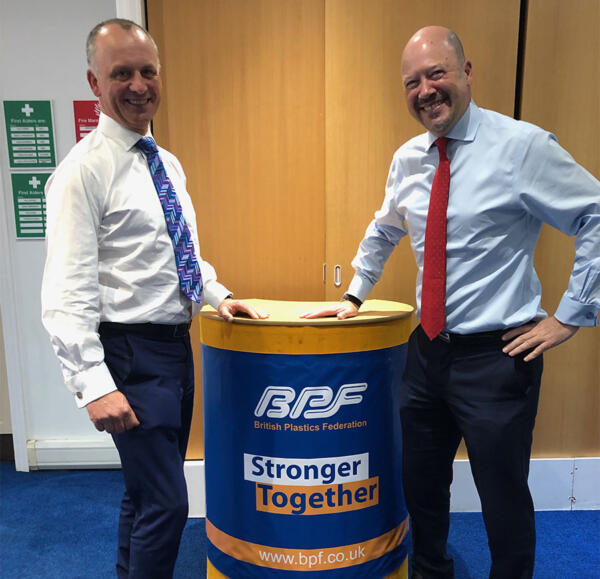 Plastribution’s Mike Boswell and Richard Cowling from Hellyar Plastics are marking their 10th K-Show by completing a 10km run for charity around the streets of Düsseldorf on Wednesday 16th October – the opening day of the show.

Mike and Richard aim to raise money for The Prince’s Trust and highlight the good work of the BPF in helping to educate young people about the importance of plastics to society and the need for us all to take responsibility for a sustainable future for the global population.

As managing directors of their respective companies, both have enjoyed extensive careers in the industry. “We’ve been to every K-Show since 1992, with the 2019 event being our 10th,” said Mike Boswell. “As Richard and I are keen runners, it made sense to mark the milestone by organising a 10km running challenge on the opening day and raise money for our chosen charity, The Prince’s Trust.”

The run will start at the K-Show press office in Düsseldorf on 16th October at 14.45. The route then follows the Rhine River toward downtown Düsseldorf, eventually finishing back at the K-Show at the BPF stand A25 in hall 5. Both runners aim to complete the run in 60 minutes and will be wearing Adidas Parley sportswear, which incorporates fibres produced from plastics recovered from the world’s oceans.

A Just Giving page has been set up in support of the event at www.justgiving.com/fundraising/k-show-10.