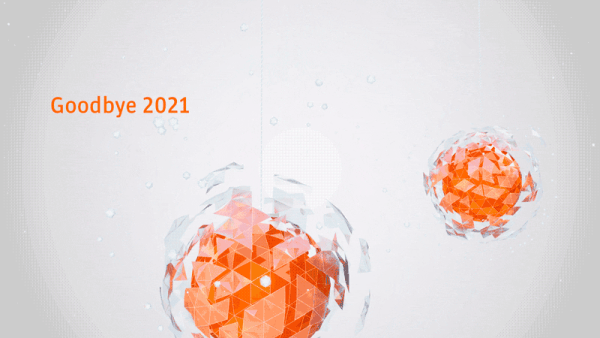 The New Year is a time for reflecting, and one company doing just that is KUKA. Having closed the door on another year, robotics and automation specialist KUKA reflects on an ‘exciting, challenging and eventful’ 2021 and is looking forward to seeing what 2022 will bring.

KUKA among the top 20 climate-conscious companies

Climate change is one of the most pressing challenges of our time. Therefore, it is particularly important for companies to respond and initiate the right measures to act in a sustainable and environmentally conscious manner. In January, the business magazine Capital, together with the data portal Statista, evaluated and compared the CO2 balances of 2,000 German corporations for the first time: KUKA came in a very good 14th place among the top 20 and is entitled to bear the title “Germany’s most climate-conscious company.”

Mission to 2030: KUKA makes automation available to all

In the next ten years, more and more people around the world will be working with robots. Automation is becoming mainstream and is finding its way into more and more areas. Easy access to robotics, simple operation, and an intuitive approach to automation solutions, something that until now has often been the preserve of experts: this is the ambitious goal that KUKA is pursuing – and in February, for the first time, it is presenting a preview of iiQKA, the operating system of the future.

KUKA provided Ireland’s Louth & Meath Education and Training Board with a range of training robots for its new state-of-the-art Advanced Manufacturing Training Centre of Excellence. The centre will be the largest vocational training facility of its kind in Europe.

The Coronavirus pandemic is causing the e-commerce sector to boom. This is also reflected in Swisslog’s orders in the first quarter of 2021: the Swiss logistics expert wins 21 AutoStore orders worth the equivalent of 70 million Swiss francs in Europe. Swisslog actively supported the maintenance of critical supply chains during the pandemic. In its European business, the realisation of AutoStore projects played a major role – an indication that companies most affected by the pandemic are focusing on high flexibility and future viability.

The world’s largest industrial trade fair opened its doors in virtual form for the first time. KUKA was also represented with a colourful program at the digital Hannover Messe, including product presentations, keynotes, or discussion rounds on current topics with guests such as Ranga Yogeshwar and Karl Haeusgen. One focus: the new iiQKA operating and ecosystem.

The automotive group and Augsburg-based automation specialist KUKA have signed a new framework agreement for the coming years. The companies are thus continuing a long-standing partnership.

KUKA presents the CYBERTECH nano ARC and the KR Delta

CEO Peter Mohnen’s term of office extended ahead of schedule

The Supervisory Board of KUKA Aktiengesellschaft resolves to prematurely appoint CEO Peter Mohnen as Chairman of the Executive Board until 2024. CFO Andreas Pabst moves to Midea’s Robotics and Automation division, and Alexander Tan becomes the new CFO.

KUKA introduces the new version of its smart simulation software: KUKA.Sim 4.0. With KUKA.Sim 4.0, details and sequences of robot applications can be realistically simulated before commissioning and then transferred 100 percent to the real controller.

General Motors “Supplier of the Year 2020”: Award for KUKA

Small and medium-sized enterprises are also benefiting more and more from automation. This is demonstrated by examples of KUKA customers, such as the medium-sized company STELA Laxhuberv in Bavaria or the traditional joinery firm Eigenstetter in Mecklenburg-Vorpommern – all of which rely on robotics technologies from KUKA.

KR C5 for BMW in Dingolfing

Energy-efficient and economical: the KR C5 robot controller is finding strong favor with customers in the automotive industry. By the beginning of 2022, for example, KUKA will be supplying around 250 controllers to BMW in Dingolfing alone. Work is currently underway there on the successor generation to the BMW G60 5-series, which is expected to appear in the fall of 2023.

Everything in view: KUKA.ProcessScreen monitors the entire process chain

Visualising, monitoring, and seamlessly documenting processes – including all relevant parameters of the robot: this is what KUKA’s new application software KUKA.ProcessScreen makes possible almost in real-time.

Everything in view: The new KUKA iiQoT platform provides important condition data for the entire robot fleet in real-time. The software is initially available as a cloud solution and makes remote monitoring of robotic systems more efficient – from anywhere, at any time. This simultaneously opens up new potential for troubleshooting and condition monitoring.

Man and machine dance together on a virtual ballet stage: a KUKA industrial robot is one of the main actors in this unusual piece at the Augsburg State Theatre, which premiered in September. Audiences followed the 360-degree production from home using virtual reality glasses.

Ratio, a robotic café in Singapore, has relied on KUKA’s automation expertise since 2019. In October, it was announced that the company had ordered 20 new robot bartenders and baristas to expand its innovative offering to more cafés, restaurants, and co-working offices.

In November, KUKA and Midea published a joint growth strategy for the coming years. The goal is to significantly sharpen KUKA’s leading role in robot-based automation by 2025. To this end, the plan is to increase investment in research and development in Augsburg by at least 15% by 2025 compared to 2021. Midea also plans to delist KUKA in a squeeze-out for a more effective growth path and a clear focus on operations.

Sustainability as a common theme: trainees from KUKA and Stadtwerke Augsburg spray-painted a swa gas pressure regulator station in Augsburg’s Blücherstraße in a joint project.

Shake it! World-class bartender and robot in a cocktail duel

One of the world’s best acrobatic bartenders competes against Makr Shakr, the most advanced system for making cocktails by robots from KUKA. It is an extraordinary duel in front of the world-famous Milan Cathedral, which premiered in December. Who will succeed in creating the perfect drink?

What a year for KUKA! KUKA is looking forward to seeing what 2022 holds, with many more highlights from the KUKA world to come. Visit the KUKA Blog to keep up to date with all the latest goings-on.