Make UK: Economic Lunacy of ‘No Deal’ Scenario Must Be Avoided at All Costs 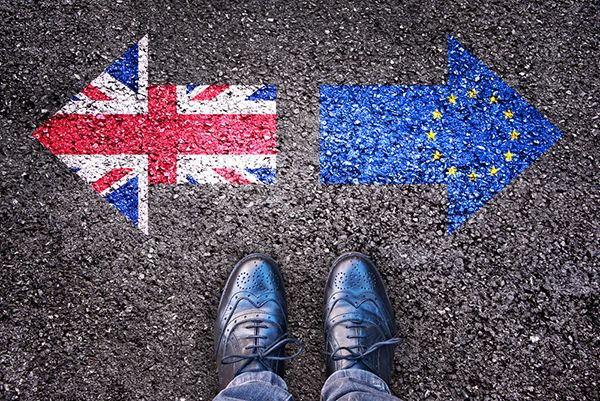 Britain’s manufacturers are warning of the potential impact of ‘no deal’ economic lunacy as a survey shows that prospects for the sector are continuing to weaken as the uncertainty of Brexit drags on.

According to the Q2 Manufacturing Outlook survey published by Make UK, The Manufacturers’ Organisation and business advisory firm BDO LLP, domestic and export orders are continuing to trend down as the boost of artificial stockpiling unwinds, while growing evidence shows overseas customers are switching their supply chains away from the UK.

As a result, investment by the sector has been paralysed with no evidence that there is pent-up demand waiting to be unleashed and, while business confidence has held up with the relief of ‘no deal’ being avoided twice, it remains below the levels seen ahead of the EU referendum in 2016.

·         Export orders remain at weakest levels since the referendum

Commenting, Seamus Nevin, Chief Economist at Make UK, said:
“Whilst the data at first glance makes for reassuring reading, there is a clear weakening trend which, if it continues, would push some elements of the industry over the edge before too long.

“Earlier this year there was clear evidence that industry was on steroids as companies stockpiled. Underneath, however, there is now growing evidence of European companies abandoning UK supply chains, whilst Asian customers baulk at the unknown of what may exist as the UK leaves trade agreements which operate under EU rules.

“With this picture, it would be the height of economic lunacy to take the UK out of the EU with no deal in place. The race to the bottom in the interests of party ideology has to stop; otherwise, there will be a heavy price to pay.”

According to the Make UK/BDO survey, employment and investment intentions dipped after the temporary boost from stockpiling in Q1. Employment intentions are forecast to fall in the next three months to just +6% from +16% in Q2, while investment levels fell to +6% in Q2 from +12% in Q1.

Tom Lawton, Head of Manufacturing at BDO, said:
“Official data shows a consistent downward trend in investment intentions since the EU referendum in 2016. The impact is severe, with UK manufacturing at risk of investment paralysis as the uncertainty of Brexit drags on.

“Companies need to prepare for a more digitally-fluent future, both in terms of the technologies they deploy and the people they employ, but right now, manufacturers are not confident of a future worth investing in.

“Stockpiling is dying down, and export orders continue to fall away as global competition keeps on increasing. Combine that with a government mired in chaos, and we’re now starting to see a true reflection of the crippling anxieties the sector is facing.”

According to the survey, the total order balance, while still in positive territory, halved from +16% in Q1 to +8 in Q2, indicating the significant rate of weakening. UK orders were better than export orders at +11%, while the balance of export orders fell to +8% from +12% in Q1.

The last time export balances were at this level was 2016 before the strong global performance through 2017 and 2018. Significantly, several industry sub-sectors are now reporting flat or negative balances, especially metals which are being impacted by the trade war between the US and China and a poor outlook for UK motor vehicle production.

Output has remained similarly in positive territory at +17% (down from +22% in Q1 when stockpiling was at record levels) though looking forward it is forecast to fall to +11% as this unwinds, and the impact of the fall in orders feeds through.

According to Make UK, while the figures currently remain positive there is a clear weakening trend in both the domestic and export picture which cannot be explained by the poorer global picture alone.

Tom Lawton added: “The GDP growth forecast for 2020 is based on an agreed exit from the EU. A ‘no deal’ scenario would likely deliver a much worse position.”