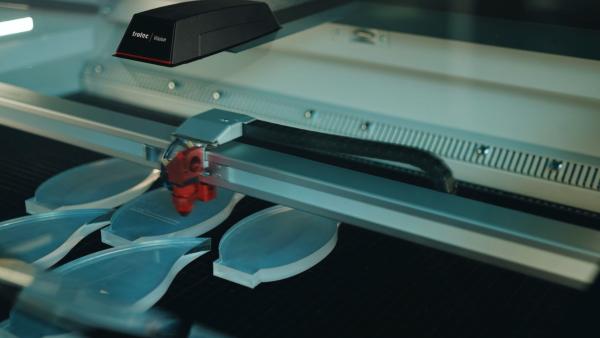 Trotec Laser has upgraded its flagship laser engraver and cutting machines with a new lid camera designed to save even more time during laser engraving and cutting.

The Speedy 360 laser engraving machine is the latest in Trotec’s flagship Speedy series of engravers to get the new Vision Design & Position camera system. The 12 megapixel patent-pending camera speeds up workflow by delivering a full-colour live image of the laser work area to the Ruby® software on the operating PC.

A full colour and detailed image of the laser bed and workpiece is displayed within Trotec’s proprietary Ruby® software, allowing the laser operator to position the artwork file exactly where they’d like it to be cut or engraved, and to see a visual representation of how it will look before the job is started. This new feature negates the need for manual positioning of the laser pointer and saving graphic position data to the software, making laser job setup faster and easier than ever before.

The Vision Design & Position camera is the latest feature to be added to the Ruby® software which incorporates all design and preparation stages of the laser engraving and cutting process to drastically reduce the time and cost of the workflow. The software is under continuous development by Trotec with more time-saving features being planned for future releases.

Trotec’s Speedy 360 Run on Ruby® laser system boasts a touch screen operation, thanks to Ruby®, making it possible to operate the laser in the network via Ethernet or WiFi without an extra PC.

All Trotec Speedy laser engravers are available with a range of accessories in addition to CO2, fibre and flexx laser source options and are fully supported by a UK based technical service team. For more information or to book a demonstration at one of Trotec’s six laser showrooms in the UK and Ireland, visit www.troteclaser.com or call +44 (0)191 580 1182. 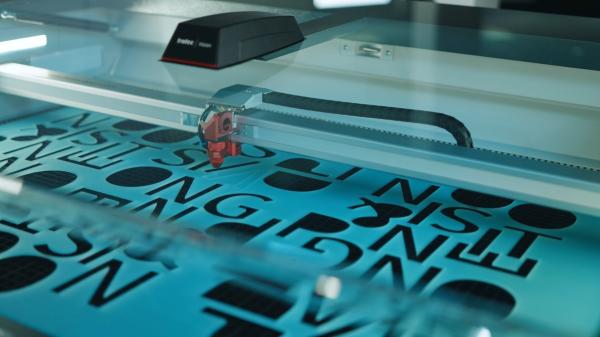