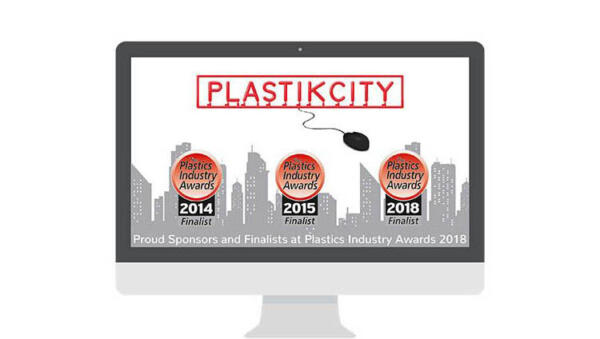 Web-based procurement and marketing hub PlastikCity are delighted to return to the prestigious Plastics Industry Awards this year as both a finalist and a sponsor, along with twelve of their partners who have been shortlisted.

The grand black-tie event takes place on 28 September 2018, at the London Hilton on Park Lane. The Big Band Night will be presented by former Strictly Come Dancing champion Brendan Cole.

This year’s event is particularly significant for PlastikCity, as they celebrate substantial growth in the company, alongside the launch of PlastikCity North America. In addition, as a sponsor of the Supplier Partnership – Ancillary Machinery category, PlastikCity will also be presenting an award.

“This year has been a period of huge success for PlastikCity, and we’re really happy with the direction that both PlastikCity and PlastikMedia are heading in. As well as the launch of PlastikCity North America, PlastikCity UK now promotes over 200 partners, which is a great milestone for us.

“We’re also very pleased to congratulate twelve of our partners who have been shortlisted at the Plastics Industry Awards 2018. PlastikCity have always stuck to the principle of only representing the industry leaders, so it gives us great pleasure when our partners are nominated. We’ll be cheering them on loudly!”

PlastikCity Partners who have been nominated include:

Carl continued: “The Plastics Industry Awards is always a great event, giving us the opportunity to celebrate achievements in our industry and network with our peers in a friendly, energetic atmosphere. We look forward to seeing you all there!”