Winner of the 2020 Polymer Apprentice of the Year Award Announced 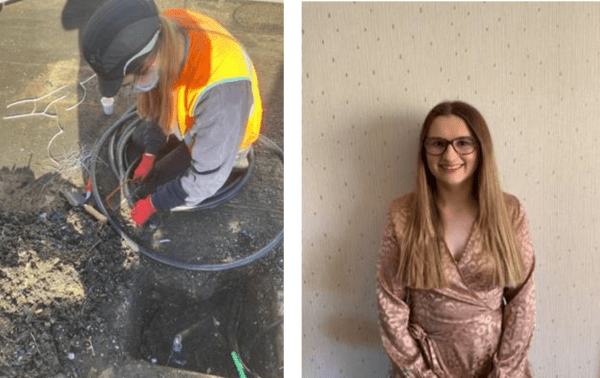 With National Apprenticeship Week now here, what better time to share the exciting news that Emily Harris of PLASgran has been announced as the first female winner of the Worshipful Company of Horners and British Plastics Federation Polymer Apprentice of the Year Award.

Emily Harris of PLASgran (a division of Berry), who is completing a Mechatronics Maintenance Engineering Apprenticeship BTEC Level 3, is making history as the first female winner of the Worshipful Company of Horners (Horners) and British Plastics Federation (BPF) Polymer Apprentice of the Year Award.

The runner up was Harry Gissing of UCP Zeller Plastik and the ‘highly commended’ honour went to Megan Denham of Owen Mumford and Lavinia Stevenson of Mason Pinder.

Judges felt that the standard of entrants last year was outstanding.

The winner, PLASgran’s Emily Harris, demonstrated a high level of achievement in her workplace and has excelled in her apprenticeship. Her brilliant work included designing and building an electrical panel to improve a wash plant machine. Furthermore, her volunteering activities outside of work with MindSpace and her ambition to become a STEM ambassador to inspire young women to become engineers was felt to demonstrate great character and maturity.

Although the coronavirus pandemic will result in a delay to the ceremony, the awarding of a Polymer Apprentice of the Year Certificate, a ceremonial drinking horn and £500 cash prize will still go ahead in the coming months.

“She is studious, industrious and conscientious and will prove an asset to any business she is employed within. At PLASgran, she is involved in site improvement projects outside of her role and responsibilities. This is a good indicator that her site recognises Emily’s potential”.

The runner up, UCP Zeller Plastik’s Harry Gissing, will also receive a certificate and a £200 cash prize. He completed his engineering apprenticeship at UCP Zeller. Gissing impressed the judges with his ability to take tasks on and continuously exceeds expectations. In addition, his sporting achievements within hockey were considered impressive and motivational.

Highly commended Megan Denham is completing her apprenticeship at Owen Mumford. The judges were impressed by her confidence and her technical ability. Lavinia Stevenson of Mason Pinder was also highly commended for her attitude towards learning and her drive was felt to be very evident.

Congratulations to all from the PlastikMedia team!

The BPF continues to work closely with the Horners to promote the benefits of working for the plastics industry to the next generation and more information on these efforts can be found at www.polymerzone.co.uk.