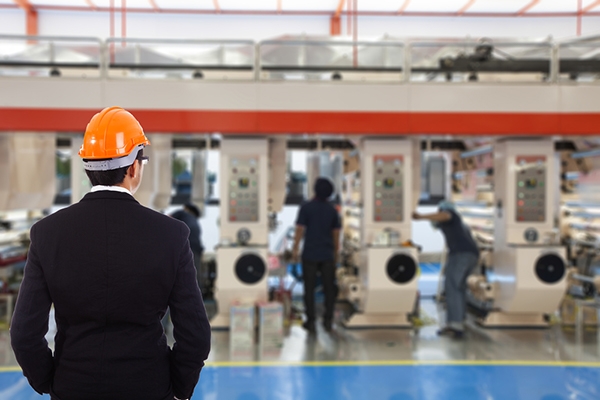 EEF, the manufacturers’ organisation warns that nearly half of the UK’s manufacturers remain concerned about their ability to access skills post-Brexit, according to a new report launched today.

The slump in job applications from the EU has slowed since last year, but 17% of companies saw a drop in applications from European citizens. In addition, a further 13% of manufacturers still report an increase in EU workers leaving their businesses. Many of those employees are returning to the EU permanently, with companies struggling to recruit suitably skilled staff in the UK.

The report, “Navigating Brexit: The Migration Minefield” published by EEF, the manufacturers’ organisation and global law firm Squire Patton Boggs, calls on government to move swiftly to give companies and their workforce increased clarity over the future of EU citizens working in the UK to stem the outward flow.

Proper guidance for EU workers seeking settled status would do much to mitigate this problem, according to the report. Four in ten (39%) of manufacturers need support in understanding the ways to support EU employees to gain residency/settled status and 68% want guidance on what the changes after March 2019 will mean for employers and their EU employees

In an attempt to stem the growing skills issue, companies are taking steps to hold onto older workers with specialist skills, with 16% having implemented or are currently implementing such policies.

Nearly half (47%) of those manufacturers questioned are also increasing training programmes for all existing employees with 37% increasing apprenticeship and/or graduate recruitment programmes. Improving pay and benefits packages is the route taken by 20% of companies in order to attract and retain staff for longer and 21% are accelerating plans for automation.

Posting workers to the Europe, even for a short time, will become more complex after March next year, when Britain officially leaves the European Union. This may come as a shock to the almost three-quarters (71%) of manufacturers regularly sending employees to other EU member states.

Even a simple trip, such as attending a trade fair or exhibition for a day, which 57% of manufacturers say have done in the past 3 years counts as an official “posting”. A quarter (24%) of companies polled for the report are posting workers for servicing and repair as part of ongoing contracts with customers across Europe and over half (52%) sending employees to Europe for sales and marketing purposes.

“Skills shortages are endemic in manufacturing and engineering and companies are becoming increasingly concerned about their ability to access the skills they need post-Brexit. While the slump in job applications from the EU has slowed, there is still much to be done to make sure UK businesses are still able to attract the very best talent from Europe over the coming months as we proceed towards our exit from the EU as well as retaining that talent after Britain leaves the EU.”

“Many companies do not realise that sending a member of staff to the EU to attend a conference or trade show involves the same posting mechanism as sending someone to the EU for a month or more. The government must deliver a good trade deal which lets businesses travel into the EU for short term posting as a matter of urgency. This is particularly important in terms of servicing and repair work which are tied into most contracts as well as having the ability to attend trade fairs and market new products and services to sell into EU markets.”

“The UK Government should indicate now that a light-touch post-Brexit immigration policy for EU citizens will be introduced and without mirroring the cost and complexity associated with the Points Based System for non-EU workers. With less than two years to go before the end of the proposed transition period and the possibility that a new immigration system may take at least another year to be decided on, let alone implemented, it is difficult for manufacturers who rely on EU workers of all skill levels to make meaningful contingency plans.”