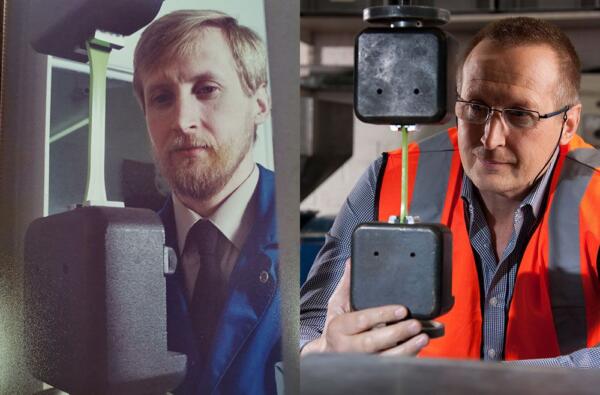 Terry joined Luxus in 1979, that same year Blondie’s single ‘Heart of Glass’ topped the charts and the Hitchhiker’s Guide to the Galaxy was published, it was also the year that he met his future wife.

Having joined Luxus as an Extrusion Operator, he is now a Technical Manager, a crucial role that requires him to lead the polymer development team, working at the forefront of sustainable thermoplastics innovation.

In 1979, things were very different; Terry explains: “As an Extrusion Operator it was my job to ensure the smooth running of a small strand line extruder. I was responsible for the entire process from extruding the polymer to checking it for quality control purposes – it was very ‘hands-on’ then.

“The work culture was great, however, as everyone knew each other by name and there was a real family-like atmosphere since there were just 20 staff. But things can’t stay the same, Luxus currently employs 160 staff at the plant on the Fairfield Industrial Estate here in Louth, but we still share those same company values.”

In those early days, R&D was critical to the company’s success as it is today, in 1982 ahead of the market Luxus developed its first technical ‘hub’ for materials development, testing and analysis and Terry gained a lab technician role.

Terry continues: “I oversaw all polymer preparation and testing, which meant keeping test batches running throughout the night. As the business grew, we quickly needed to recruit staff to help manage the night shift and to enable us to expand into weekends, it was the beginning of our dedicated technical team.”

Then by the early 1990s, the technical operation became critical as Luxus needed to satisfy nationally recognised quality standards, since it was now being audited by major automakers as it was one of the first UK compounders to engineer polypropylene for under bonnet parts.

After managing the lab for eight years, Terry was promoted to General Manager where he was responsible for both the factory and the technical team for over a decade. Then later in 2008, these functions were split due to company growth. Developing new products was now a priority, and since Terry had always been passionate about making things, he was promoted to Technical Manager.

The lab ensured product consistency and performance of all prime and recycled feedstocks by undertaking stringent testing and quality control procedures. In recent years, investment in new specialist machinery, including FTIR spectroscopy, meant that the business had outgrown its facilities.

Then in 2012, Luxus responded by investing in a new purpose-built Technical Centre, this unique facility for a UK plastics compounder allowed its technicians to deliver exceptional, repeatable quality across every batch of polymer it produces for environmentally critical applications.

Terry, continues: “I have one of the best roles in the business, with new products always comes fresh challenges, as we are increasingly using interesting and novel additives to support demands for enhanced scratch resistance and light-weighting to help stretch the boundaries in sustainable plastics technology.

“While a rapid change in the auto industry is also helping to drive our materials development like never before. Increasingly electrification, connectivity, autonomous driving and car sharing are all going to impact on what we demand from high-performance materials in the future.” 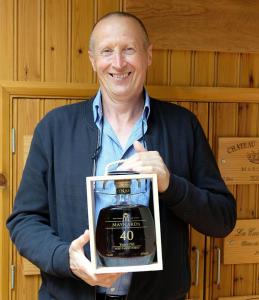 Luxus managing director, Peter Atterby, comments: “Throughout his 40-year career Terry has been essential to our success, enabling us to transform from a burgeoning recycler to a £25m turnover technical innovator. As we continue to meet challenges, he is now sharing his expertise with a new generation of apprentices to develop materials that our customers will demand tomorrow.”

At his celebratory lunch, Terry was presented with a 40-year-old vintage Port. The gift was chosen as Terry is better known by his colleagues as ‘Top Shelf Terry’ as he has a taste for quality spirits.

If you’re interested in a career with Luxus, find us on facebook @Luxus.Limited for the latest vacancies.