Upskilling: The Key for UK Manufacturing 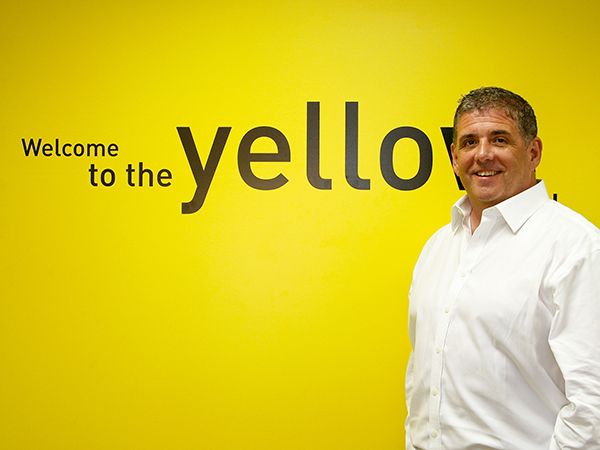 It’s no secret that the UK is behind many of its European counterparts when it comes to UK manufacturing and productivity.

A recent report by the International Federation of Robots (IFR) highlighted the extent to the country’s lack of industrial robots, whilst McKinsey & Company has reiterated the benefits of automation to the economy in its Discussion Paper. The UK needs to offer a solution sooner rather than later if it is to maintain a competitive edge, but how can industrial robots play a key role in UK manufacturing?

Here, Tom Bouchier, Managing Director at FANUC UK, offers his thoughts on the two reports and discusses what the UK needs to change in order to compete with other nations.

As explained in the McKinsey report, Artificial Intelligence (AI) can play a key role in improving the global economy and is an opportunity that the UK must grasp. McKinsey suggests that there is likely to be a performance gap between companies that adopt AI tools and ‘non-adopters’, meaning benefits will be disproportional.

According to the IFR, there are just 71 industrial robots per 10,000 workers in the UK. That positions the UK behind 14 other European countries and, alarmingly, the only G7 country with a robot density below the world’s average (74 units). In contrast, Germany – Europe’s most automated country – has 309 units whilst the Czech Republic, the closest European country to the UK, has 101 units per 10,000 workers.

It’s clear that change is needed. One possible reason for the UK’s low performance could be linked to the stigma attached to the use of robotics and unemployment. If the UK is to catch up with the rest of the world, it’s going to need to adopt more automation in its manufacturing facilities and therefore shift this viewpoint.

We have found that use of industrial robots goes hand-in-hand with upskilling, which can lead to an increased productivity rate. This helps remove the perceived threat to unemployment and also addresses the widely-reported skills gap, both of which are concerns shown by both the Government and industry.

Earlier this year, Engineering UK reported that 265,000 skilled entrants are required each year to meet business demand. By bringing in robotic technology, engineers can be trained to learn how to programme a FANUC machine, a process that can be taught and understood in as few as four days.

Is automation the affordable solution to UK manufacturing?

Given the findings from both reports, it has become clear the UK needs to increase automation through manufacturing. In addition to the impact on employment, the associated costs with industrial robotics is also quite often a sticking point for UK manufacturers.

When discussing industrial robotics, affordability and pricing is more often-than-not going to be the first question asked by manufacturers. However, industrial robots aren’t as expensive as first thought and, on many occasions, are paid off in as little as 18 months.

Thanks to their ability to be reprogrammed, industrial robotics offer a long-lasting solution that go beyond their first use. And if more people are upskilled and become trained on programming, there’s even more benefits that manufacturers can, and should, be taking advantage of.

What does the UK need to do next?

It’s clear that manufacturing is a going to be a key asset for the UK if it is to maintain a competitive edge after Brexit. The UK cannot become a service industry and change is required before it slips further behind its global counterparts. Therefore, a culture change in the views and perception of automation and robotic technology is needed.

The stigma attached to industrial robotics needs to be removed: it’s simply a tool for manufacturers to use that helps increase efficiency. The opportunity for upskilling is one that should be grasped and will eventually help address the skills gap, alleviating concerns people have towards the use of robots.

Ultimately, technology is always improving and we need to ensure we aren’t caught falling further behind. Positively positioning automation will not only benefit manufacturers’ capabilities, but it will also close the gap between the UK and the leading nations.