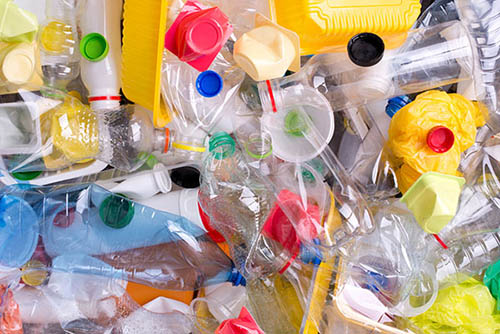 Vanden Recycling has calculated that 350,000 tonnes of plastic that would have previously been recycled won’t be in 2018 as a result of the ban on imports of plastic scrap into China.

Using HMRC export data along with stats from the National Packaging Waste Database, Vanden Recycling extrapolated the growth seen in alternative destinations in 2016 and 2017 into 2018 to see to what extent these destinations would fill the gap lost by the almost complete ban on plastics exported to China.

While some post-industrial plastics will still be exported to China, Vanden estimates that this will only be 10% of the total exports seen in 2016 – the last full year to base the data on.

Based on the data, Vanden predicts that 472,500 tonnes of recycling capacity to be lost in 2018 as a result of the ban.

But growth in recycling capacity from destinations including UK, Turkey, Taiwan, Indonesia, Vietnam, Malaysia, and the European Union it estimates at just 121,800 tonnes when extrapolated from the 2016 and 2017 data. This means there will be 350,700 tonnes with nowhere to go.

In addition to Vanden’s estimated natural growth of 121,800 tonnes, new capacity is also being built because of the Chinese disruption. But Vanden suggest it is very difficult to quantify how much will come onstream and when, plus the rest of the world will be fighting to use that capacity too once it is available.

Vanden Recycling managing director David Wilson said: “There are some in the market who think that it won’t be a problem to find alternative markets to China as a result of its ban on most plastic imports.

“While in the short-term, it has been possible to find alternative destinations to China, our analysis suggests 2018 will be tough for the UK. We will have to find a home for over 350,000 tonnes of material that went to China and now won’t have a market.

“New processing capacity will eventually emerge, it’s a question of when and where, and will those markets think that the UK material that has been recycled in the past is in fact worth processing in the same volumes?”

“But we will also have to factor in that China used to import 7 million tonnes of scrap plastics from global destinations, so competition will be even more fierce from net exporters in places such as Europe, US and Australia. We therefore have to focus on ensuring UK material is the best quality possible and offers the best possible value to give us the opportunity to sell more to these alternative destinations.”