WITTMANN on Course for Further Growth 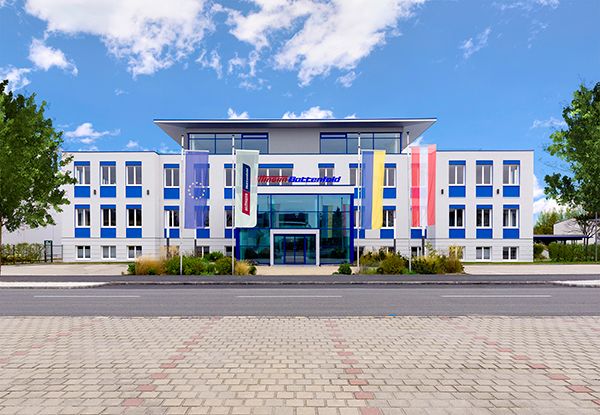 In 2018, the WITTMANN Group again increased its sales figure compared to the previous year and thus continued its growth. Since the end of the year, however, the order situation has been showing first signs of slowing down.

The WITTMANN Group realised 425 million Euros in sales in 2018, which represents an increase of just under 6% in turnover compared to the previous year. According to Michael Wittmann, Managing Director and CEO of the WITTMANN Group, this development is extremely satisfactory. With 2,415 associates, the Group’s workforce was above the previous year’s level. The excellent order income during the first half of 2018 was followed by a decline in the second half, especially in the months of November and December. However, on the whole, the company could still start the fiscal year 2019 with a good order backing.

The special highlights of the fiscal year 2018 for WITTMANN BATTENFELD in Kottingbrunn were the completion of extensive building projects, by which 2,200 m² were added to its production area. New administrative facilities were also built, which brought about generous extensions of the available office space. Added to this was the construction of a new R&D lab. On the production floor, the installation of the assembly lines for the EcoPower and SmartPower from 1,800 kN upwards was completed.

In addition to the extensions in Kottingbrunn, the WITTMANN facilities in Nuremberg and the Czech Republic were expanded as well. Further extensions also took place in Mexico and Italy. The construction of a new, larger building in France, which was started in 2018, is now completed. The company moved into its new facilities at the end of April this year.

The extensive activities of the WITTMANN Group in connection with Industry 4.0 were supplemented in September 2018 by a stake in the Italian MES producer ICE-flex. As a result, the WITTMANN 4.0 technologies of the group can now be integrated even more smoothly into the TEMI+ MES program.

Among the new product launches, the new VPower vertical machine model from WITTMANN BATTENFELD is the most outstanding novelty, which was presented to the general public for the first time at the Fakuma in the 160 ton clamping force size. In 2019, this machine series will be extended by adding further clamping force sizes. In the areas of robots, the popular PRIMUS series and the high-end WX robot series were supplemented by additional models. Particularly noteworthy among auxiliaries was the introduction of the new S-Max screenless granulator.

The year 2019 started for the Group with an order income on a par with 2016. Michael Wittmann, CEO of the WITTMANN Group, concludes that: “Innumerable political and economic uncertainties and discussions now finally have a lasting effect on the investment behaviour in our industry, slowing it down. We were fully aware of the fact that the incredible succession of record results over the last ten years would eventually come to an end. The slowdown has now just started in the last quarter of 2018. We expect that the year 2019 will continue on the current level.”

Related Post  Netstal to Showcase the ELIOS 4500 at Fakuma

Related Post  Netstal to Showcase the ELIOS 4500 at Fakuma