It’s All Flowing Well Thanks to Genesis Process Solutions 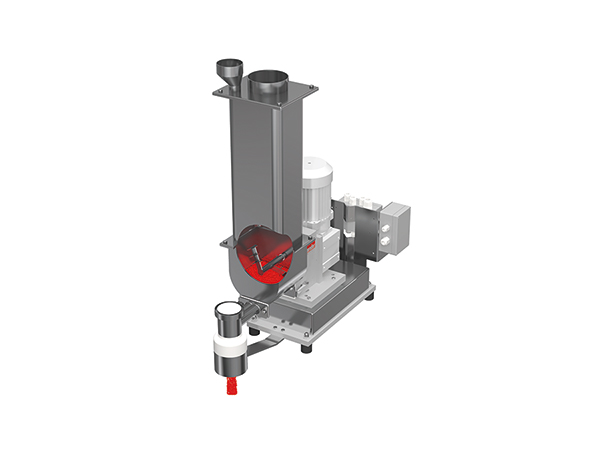 Some years previously, the company had purchased an early Brabender Flex-wall feeder which was steadfastly refusing to allow the extremely low feed rate that was necessary for a powder to be added to glue granules to keep them free-flowing.

Phil Cameron from Genesis visited Beardow Adams to get a better idea of the requirements and realised that the feeder was far too large for the task. The material that Beardow Adams needed to add was an extremely lightweight but very poor flowing powder. In fact, it is so light that it will not flow under its own weight. Realising that the current feeder was unsuitable, Phil Cameron took a quantity of material back to the Genesis test laboratory and ran it through several different feeders which were set up in different configurations.

The DDSR20 loss-in-weight twin screw feeder handled the material quantity most effectively. To further aid the flow of powder, Genesis out-fitted the feeder with additional equipment including a special hopper, a variation on the standard agitator blade and a hopper vibration system. The hopper vibration system wouldn’t normally be fitted to a loss-in-weight feeder but due to the powder characteristics, it was necessary.

A Brabender control system including OP1T touch screen controller was supplied in a control panel where all the additional vibration control was included.

The first feeder was installed in 2017 and worked so well that Beardow Adams has purchased another identical feeder for a different production line which was commissioned during March 2018. Peter Gallivan is the Plant Development Manager at Beardow Adams, he said “Genesis Process Solutions won the original contract purely based on the effort they put in with getting the right solution at the trial stage.  They supplied the equipment on time and on budget, with the most important factor being that the system works incredibly well.  We have since purchased another identical system which is also working perfectly, and I would have no issues in using them again due to their excellent equipment and customer service.”