Belgrade’s Boxer is a ‘Knock-out’ at Charity Match 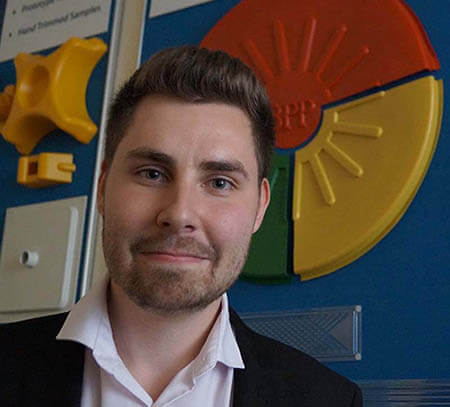 Belgrade’s Konrad Webster proved a knock-out success at a recent charity boxing match after volunteering to take part despite having no formal training in the sport.

The 22-year-old stepped in after another participant had to pull out due to injury and promptly beat his opponent in the fourth round at the Brian Rose Boxing Club in Blackpool.

Konrad, Customer Service Advisor at Wellingborough-based thermoforming specialist Belgrade Polymer Products, was supporting his friend Ben Edwards at the event. His unexpected winning bout helped to raise more than £250 in aid of The Brain Tumour Charity.

Despite being three inches taller than his opponent Adam, Konrad admitted to being a ‘little bit worried’ before stepping into the ring using his friend’s gloves and equipment provided by the gym.

“Ben had already been in the ring and the organisers were asking for volunteers, so I agreed to have a go,” said Konrad, who is now hoping to attract more donations for the charity.

He added: “I’d only done some ‘fitness boxing’ a few years ago, so to win the bout was quite unexpected. “Afterwards Adam had quite a pink face and a nose bleed, but I escaped without any bruises. Maybe I’ll carry on with boxing now!”

Related Post  ‘All Light on the Night' for Belgrade Polymer Products