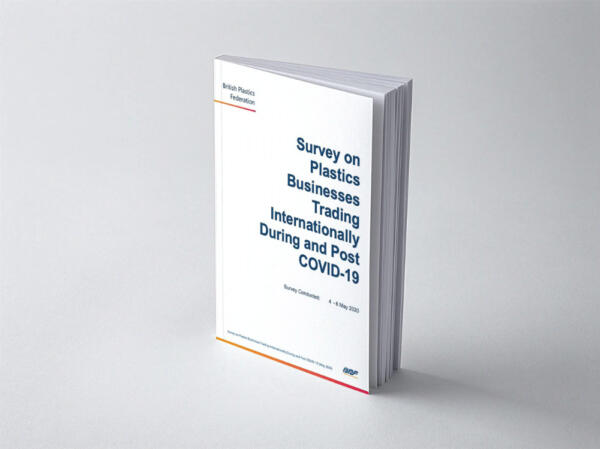 Director-General of the British Plastics Federation (BPF) Philip Law has called on the government to increase the level of financial support for companies in the plastics supply chain involved in export.

Speaking on behalf of companies ranging from material suppliers to manufacturers of machinery and ancillary equipment, Law was addressing the House of Commons International Trade Select Committee when he made the comments.

With businesses facing the dual challenges posed by Brexit as well as an economy deeply impacted by the coronavirus for the foreseeable future, Law said the government needs to look at innovative ways of supporting SME exporters, such as exploring virtual exhibitions and helping companies fund foreign language versions of their websites. Models for market entry provided by, for example, the China Britain Business Council (CBBC) with its concept of shared office space and an expert infrastructure to enable companies to secure a foothold in a market, should be deployed much more widely, he suggested.

Prior to Law’s meeting with the International Trade Select Committee, the BPF had conducted a survey of companies within its membership that export. 76% of the companies that responded stated that export sales equated for at least half of their turnover.

Almost 60% of respondents stated they would like the government to expand the availability of Tradeshow Access Programme (TAP) grants. When asked about the minimum level of government funding required to make a difference when exploring new markets, the majority (30%) stated £5,000.

“Despite the current challenges we see longer-term optimism and UK businesses keen to develop international trade across a range of markets. Now is the time to rebuild our national exporting platform. Providing a renewed suite of government support to help businesses establish a presence in new markets will help exporting companies to diversify and become more resilient, and, crucially, help to establish the UK with a refreshed presentation on the global stage in a post-Brexit world.”