BPF Support Innovative Campaign to Tackle Litter in the Thames 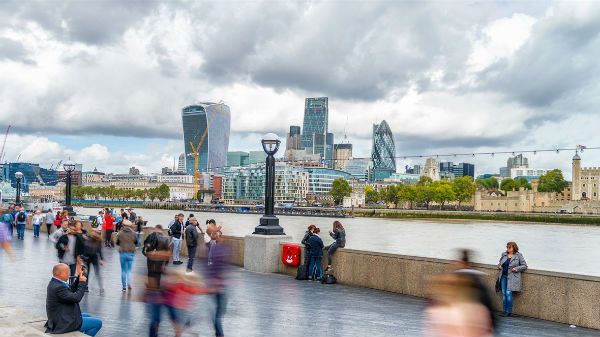 “Tidy Litterers” – those that place their litter on walls, down storm drains or carefully leave litter next to full bins are the target of a new campaign #FFSLDN which launches today to help stem the flow of litter into the River Thames which is harming marine life both in the river and out at sea.

This is the first of a series of UK campaigns to help reduce the amount of litter going into the UK’s waterways.

New research* amongst 1,000 Londoners reveals that over half admit to squeezing litter into bins that are clearly overflowing. Common tidy-littering habits that Londoners say they’ve seen include leaving litter next to a bin (54%), placing drinks containers on a wall or other surface (56%) and putting rubbish down storm drains (30%).

Litter travels and can easily end up in the river. Robin Mortimer, chief executive of the Port of London Authority, which is supporting the initiative led by environmental charity Hubbub, said:

“The amount of litter that is entering the Thames is increasing and it’s coming from all parts of the city.  This new research found that seven in ten of people think that the Thames is too polluted for fish to survive, but there are actually 125 species living in this river that need protecting. Litter in both the river and the ocean is breaking down and being eaten by and harming birds, fish and other species.

“The typical city rubbish – small pieces of litter such as travel tickets, food wrappers, disposable crockery and cigarette butts – are a particular problem.  They are less likely to make it into a bin and once they’re in the environment, they’re harder to retrieve.”

#FFSLDN is calling on Londoners to help stem the flow of litter into the Thames. Here’s what you can do:

* If the bin is full, find another one or take your litter home

The research also showed that 80% of Londoners get angry when they see others dropping litter and 92% think dropping litter is just wrong.  However 39% admit to dropping litter when they’re on their own.  Younger people are twice as likely to drop litter – 55% of under-35s Vs 27% of over 35s, supporting a need for more education and awareness amongst younger people.

For Fish’s Sake #FFSLDN is a positive, playful campaign which aims to encourage London’s residents, commuters and tourists to take action to help reduce the amount of litter that ends up in the River Thames.  People walking between Waterloo Bridge and Tower Bridge over the coming months will encounter a number of engaging initiatives from voting bins to ‘grate art’ to help change the public’s perception and behaviours around litter and highlight the need to protect and cherish the Thames and surrounding waterways.

300 tonnes of rubbish is cleared from the Thames each year, that’s equivalent to 43 bottlenose whales (the type found in the Thames in 2006).

“Our research shows that just over half of Londoners who admit to dropping litter do so accidently and 43% of people said they do it when they can’t see a bin nearby.  However, from Waterloo to Tower Bridge you’re never further than 40 metres** from a bin.”

“We’ve witnessed many commuters balancing their empty drinks containers on the side of London Bridge in the hope someone will clear up after them. These cups are blowing into the river and this type of behaviour is happening across the city. Many people don’t think of themselves as ‘someone who drops litter’ because they’re not throwing it on the floor, they’re carefully placing it somewhere. When close to the Thames there is a good chance this will end up in the river.”

The initiative is led by Hubbub, supported by the Port of London Authority and backed by a unique coalition of organisations including the British Plastics Federation, INCPEN, Natural Hydration Council, St Katharine Docks and Tobacco Manufacturers Association.