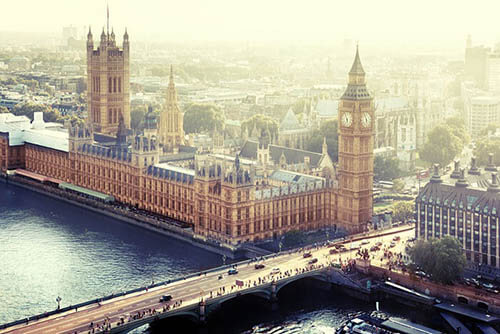 A year and a half have passed since the Brexit referendum, and following months of negotiations, Theresa May and Jean-Claude Juncker announced that “sufficient progress” has been made to allow the beginning of the next phase: the talks about the future relationship between the EU and the UK.

In the light of these developments, the European Plastics Converters Association (EuPC) and the British Plastics Federation (BPF) have drafted a joint position paper, emphasising the need to develop a deep and comprehensive agreement that eliminates customs and minimises possible non-tariff barriers.

“In the interest of the European plastics converting industry, we ask the European Commission and the British Government to avoid any disturbances of the current trade with plastics and plastic products between the UK and the EU, especially in the second phase of the negotiations on possible sector trade issues.” (Alexandre Dangis, EuPC Managing Director & Philip Law, BPF Director-General)

Plastics is an international business and the UK is the most important trade partner of the EU27 for manufactured plastic articles. In 2016, the EU27 exported goods with a trade value above €6.6 Billion to the UK. The same applies the other way around, in 2016, the intra EU exports of the UK amounted to over €4.5 Billion, which is 68% of the UK’s total plastic products exports. Additionally, there is considerable ownership of UK plastics businesses by EU companies from other Member States and vice versa.

Furthermore, restrictions to the free movement of labour could worsen the already existing shortage of qualified personnel that the European plastics converting industry is facing, and legal differences in the highly regulated plastics industry could become major barriers to international trade and investments. The EU’s flagship programme to create a circular economy can only be addressed in conjunction with the UK as a partner with the EU.

The major risks of a hard Brexit include the imposition of customs duties and other non-tariff barriers such as regulatory barriers or custom checks. Any of those barriers would have negative impacts on the highly integrated plastics converting industry. Therefore a temporary or permanent agreement should include:

–  The confirmation of duty-free trade between the EU27 and the UK.
–  Mutual recognition of regulatory procedures and standards, especially REACH regulation.
–  Customs procedures that are as efficient, simple and fast as possible.

More detailed information is available in the full joint position paper “The Brexit and the European Plastics Converting Industry” on the EuPC Website: www.plasticsconverters.eu.