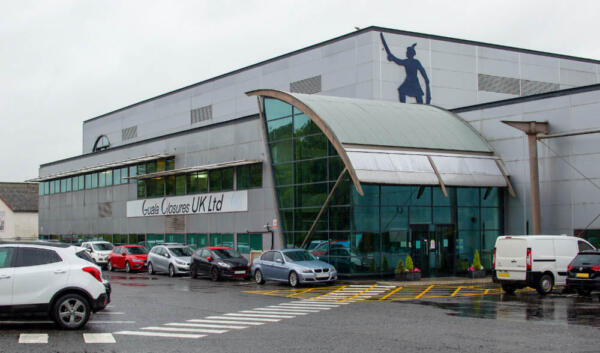 Since engaging the expertise of Triple R Industrial Services UK, Guala Closures has completely eliminated pump and valve failures on its injection moulding machines, minimised oil changes, and is benefitting from optimal machine uptime and longevity.

Guala Closures, a market leader in the production of aluminium and non-refillable closures, is saving tens of thousands of pounds each year at its Glasgow site due to Tris UK’s Triple R bypass oil cleaning Systems. Since engaging the expertise of Tris UK (Triple R Industrial Services UK), its Glasgow facility has completely eliminated pump and valve failures on its injection moulding machines, minimised oil changes, and is benefitting from optimal machine uptime and longevity.

So great are the savings, that the company estimates that a Triple R System has a payback period of less than two months – with thousands of pounds saved each year thereafter.

As one of the world’s largest closures manufacturers producing billions of caps and closures each year, Guala Closures is committed to sustainability. Reducing environmental impact by eliminating unnecessary waste – of energy, equipment and production – is, therefore, a keen focus of its team, including Craig McCall, Maintenance Team Leader at Guala’s Glasgow facility.

“Historically, the manufacturing site at Glasgow had a significant issue with injection moulding machines breaking down. Pumps were having to be replaced three or four times a year on the machines, valves were jamming at around the same rate, and each time a part was replaced, the machine oil had to be changed as well. Not to mention that the machine would be down for 24 – 36 hours while remedial works were taking place. As anyone in the industry will know, pumps cost around £5k each, and valves £2k, so the cost of replacing those alone was extremely high.

“With 25 hydraulic injection moulding machines, and 400 litres of oil each time, it was adding up to a tremendously wasteful and costly problem. We didn’t know what was causing it, so put it down to inevitable wear and tear on the components. Thankfully, the company was approached by Andy at Tris UK, who suggested that dirty oil was leading to the pump and valve failures,” he explained.

Before becoming the main distributor for Triple R Systems in the UK and Ireland, Andy Thoms, Managing Director of Tris UK, had worked in the plastics industry since 1995. Consequently, he knows that most plastics manufacturers operate with dirty oil (oil contaminated with solid particles, varnish and water) in their machines and that it is the major cause of machine breakdown. In order to check that this was the case with Guala Closures, Andy offered the company a free trial of Tris UK’s Triple R bypass oil filter.

“That was a no-brainer deal for us. Andy was really generous with his time explaining how oil gets dirty and the effect of contaminated oil on machines. It made total sense that it was the oil that could be causing the pump and valve failures, so we gave it a try,” explains Craig.

Before installing the Triple R filter for the free trial, Andy took samples of the oil in the injection moulding machine and sent it to the laboratory for testing. It showed that the oil was ISO Code 23/21/17 (or NAS 12) – extremely dirty oil for this application. The ISO Code is an internationally recognised cleanliness code that helps to determine the overall cleanliness of oil. It is the primary piece of data reviewed on most industrial oil analysis reports.

Based on this result, Andy determined how often the filter element would need changing. Tris UK installed the Triple R System (which required less than 30 minutes of machine downtime) and changed the filter elements, sampling the oil each time. After three months of having the Triple R System fitted, the oil cleanliness had gone down to ISO Code 16/14/10 (or NAS 5) – a good, clean level which is more than clean enough for effective machine operation and preventing parts failure.

“Normally during that time, a valve or pump would have gone on the machine, so we knew that the Triple R filters were doing an amazing job. Plus, the oil went from thick, black, nasty stuff to clear, light brown liquid. Based on those results, we decided to keep the Triple R System and get another one installed on another injection moulding machine,” said Craig.

So impressed with the performance of the Triple R filters and Tris UK’s service, that Guala Closures then went on to roll out a programme of installing Triple R filters on all of its 25 hydraulic injection moulding machines.

“It’s been ten years since we started fitting Triple R filters, and the only time we had a problem was when cheaper elements from another brand were used in the filters. That machine had a pump failure within a few months; the oil was tested, and it was contaminated. In other words, the cheap brand filter element was essentially useless. After that, we made sure that only Triple R filter elements are used.”

Unlike other filters on the market, Triple R filters are able to remove all three forms of contaminants; solid particles, resins and water. This is thanks to its unique patented filter design which forces oil through a 114mm thick filter mass, comprising three different layers that remove 99% of solid dirt particles (filters down below 2 microns), eliminate the development of oxidation and resins, and reduce the concentration of free water to below 100ppm.

In order to manage an efficient roll-out of filter installations, Tris UK took samples of oil from each machine and installed a filter onto those with the dirtiest oil first. This sampling has proved to be extremely beneficial for preventing issues, as Craig explained:

“Two times Andy’s sampling has picked up on things which would have caused major problems for us. One machine had a load of water in the oil – we don’t know where it came from, and after changing the oil, it didn’t return. The other was a metallic contaminant in the oil that was coming from a bearing. With the latter, we changed the oil but the metallic component came back. However, once Tris UK installed a Triple R filter on the system, the metal was completely removed, and we had no more problems.

“Without the sampling, the water and metal would have escalated into huge problems. Thanks to Tris UK’s sampling, we’ve been able to predict which machines may otherwise be running into problems.”

Craig is also impressed with the simplicity of the Triple R filter, which requires minimal maintenance: “The Triple R filter is incredibly simple. We change the filter elements twice a year, and it even comes with a little bag, so you don’t get your hands dirty. And Tris UK works out how often we need to change the filter elements, so effort from us is minimal. It practically runs itself.

“We’ve literally had no pump or valve replacements in 10 years thanks to Tris UK’s Triple R filters and Andy’s incredible service. We wouldn’t hesitate to recommend them to anyone. If you’ve got machines with oil, get Tris UK in. They’ve saved us over £200,000 over the past ten years, countless production hours, and saved so much hassle by preventing remedial works,” Craig concluded.

For more information about Triple R’s oil filtration systems, visit the company website, or contact using the details below.