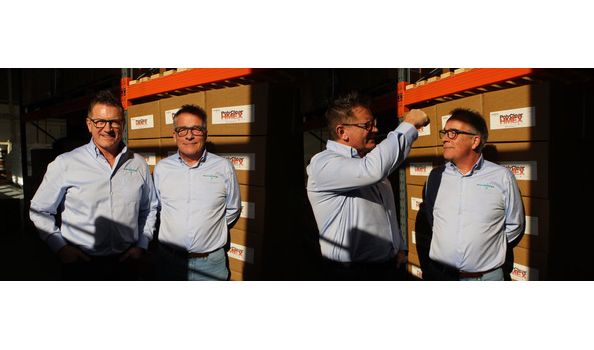 Richard Brayne-Nicholls and John Steadman are very well known in the industry as the founder directors of Aquapurge, one of Europe’s leading purging compound suppliers. Here, PlastikCity make room for them both in the HotSeat…

What trends do you think will shape the future of UK plastics?  How will Aquapurge respond?

RBN: We can’t avoid discussing the elephant in the room – Brexit. We have worked with our suppliers who have been very supportive, but this can only allow us to prepare so far. No one knows at present as nothing has been agreed.   We should also say that – Brexit or not – Aquapurge has increased its Continental sales six-fold over the last three years. As far as we’re concerned there is definitely nothing wrong whatsoever with the Made In Britain tag.

JS: In addition, we see plastics processors demanding ever more value for money and – in the future – exerting great caution over capital spend. Moulders that have survived and prospered up until this point are very well managed indeed – and this suits the Aquapurge purging proposition to a tee – a reduction of downtime, a boost in profit, and a return of production machinery to prime operating conditions.

How has Aquapurge developed during your tenure?

RBN: Aquapurge celebrates its Silver Jubilee this year – 25 years old. For a long part of our history we focused on developing purging compounds rather than selling them. That phase is definitely over. We are now very much focused on selling rather than developing and we have a clear aim to be the number one global supplier within the next five years.

JS: And – truth to tell – it couldn’t have been any other way. Our other products and developments in the past led us up to this point of settling on three core purging compounds which, I am pleased to say, blow the competition out of the water. We are now more than happy to bet our future on these products and are investing in export sales to do so.

RBN: We are very lucky with the team we have at Aquapurge. They have a real “can do” attitude and are all ready to go the “extra mile” in order to get the job done.

JS: In fairness the two of us have also managed to work a complementary skill set which still seems more than the sum of the parts. Long may that continue!

RBN: The 2008 Crash was without a doubt one of the greatest challenges to our business. None of our market sectors and our customer base escaped unscathed. However, we picked ourselves up from short-term losses and doubled down on service and product improvement

JS: What is more, there is a quantum step change on the way at Aquapurge. We are looking to be the world’s leading supplier of purging compounds by 2023 – with all that that implies. I am excited how we need to change our business structure in order to make this happen and I am also looking forward to watching our staff grow in size and in skills.

What advice do you wish you’d had on entering the industry and does that differ from the advice you would give to an apprentice joining now?

RBN: Always give 100%. Anything less and you’re cheating yourself.

JS: Be passionate about passing on your knowledge. You have to know your subject better in order to teach it.

RBN: Cooking (according to my family)

JS: Eating (according to Richard)