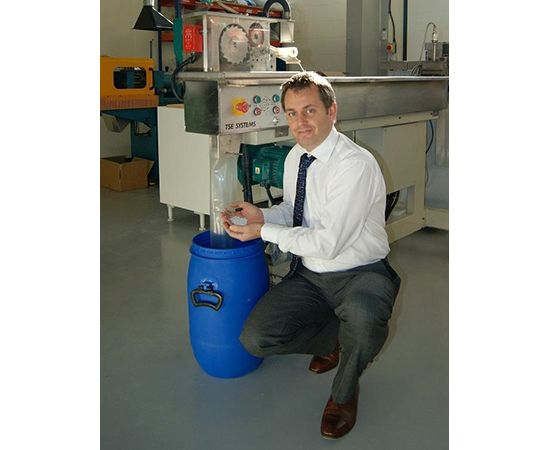 SteriTouch is the leading UK brand in antimicrobial technology, specialising in proven solutions for almost any material. Director Huw Durban was SteriTouch’s Co-Founder when the company was established in 2003. Huw has been in the plastics industry throughout his career, with expertise in injection moulding and toolmaking. He is the next PlastikCity Partner to face the HotSeat…

What trends do you think will shape the future of UK plastics? How will SteriTouch respond?

I think the biggest thing to influence the future of polymers will come from environmental pressures. School children have been sending letters to McDonald’s asking them to stop making straws from plastic because they kill turtles, the younger generations are growing up thinking all plastic is bad and we have to recognise that.

SteriTouch is evaluating several bio-based polymers that could be used by our customers should they look to switch.

How has SteriTouch developed during your tenure?

We started SteriTouch 15 years ago, in that time we’ve moved to larger premises four times, added new technologies such as metal & x-ray detectable materials and recently launched the “Konduct” thermally conductible range of polymers. The purchase of our new industrial unit allows us to move into pilot scale and large volume production of some very specialist materials.

Never being scared to give something a go, the only true failure is to have never tried something and learnt from it. We’ve been told many times over the years that certain things won’t work, not by someone that’s tried it, but by people who knew someone that once tried it!. We’ve often been asked by existing customers if we can “also supply”? The answer is never no; if we can’t, we’ll find someone to show us how we can.

Starting SteriTouch 15 years ago and living off credit cards for two years and telling the kids that they won’t be going on holidays like their friends for a while. The 2008 financial crisis was a challenge; our antimicrobial raw ingredients suddenly became very expensive which forced us to look at the design of our existing product range to see how we could increase the efficacy and lower the cost, it was a very worthwhile exercise to go through.

What advice do you wish you’d had on entering the industry and does that differ from the advice you would give to an apprentice joining now?

Don’t be afraid to step outside of your comfort zone…it’s a place where you’ll learn the most.

I was lucky enough to get an apprenticeship as a mould toolmaker after leaving school; it’s something that I’m immensely proud of, SteriTouch are now in the process of taking on an apprentice in our lab, I hope they’re up for a challenge.

Outside of work I’ve always enjoyed adventure sports, mainly caving and climbing. I suppose business has been another big adventure.