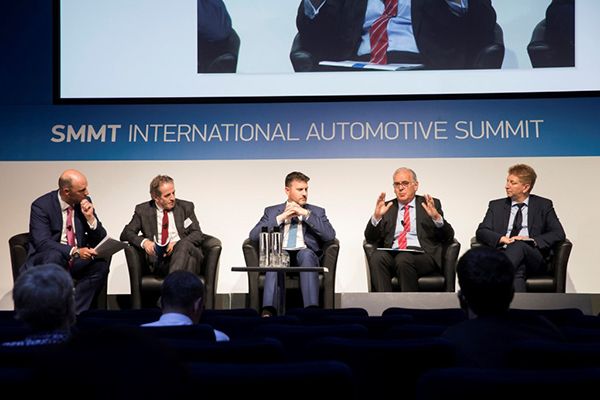 In mid-2017, Simon Anderson, M.D. of LVS Small Plastic Parts sat on a panel at the SMMT International Automotive Summit.  The purpose of the Summit was to provide a platform for the UK automotive industry, government, and media to discuss the opportunities and challenges facing the industry.

Simon’s contribution to the discussions focussed on re-shoring the automotive supply chain and UK content.

Leaving the EU will obviously have profound implications for the domestic supply chain, so the purpose of the ‘panel’ was to evaluate how to promote the right conditions for re-shoring, as well as exploring issues around the country-of-origin of components and vehicles.

Key areas of discussion focussed on building on recent improvements in the ‘local content’ of vehicles produced in the UK, cars manufactured in Britain in effect becoming ‘more British.’

So, nearly two years later, has this ambition to actively re-shore vehicle content been realised?

“We’ve definitely seen a continued trend towards re-shoring. Whether importing plastic products from Europe or the Far East, the prospect of trade restrictions and import duties resulting from a ‘hard’ Brexit has had a positive effect. A weaker Pound has also been a contributor, but in our own experience, logistical issues have been the major factor.”

A good example of this would be an LVS project involving a German customer that supplies automotive interior components to JLR.  They have a UK subsidiary that has been importing plastic parts from Germany but are currently in the process of moving eight production tools to LVS.

In effect, they have stopped just looking at ‘piece part price’ and factored in costs associated with transportation and storage.

There have however been some difficulties to overcome!

“The existing supplier obviously wasn’t thrilled at the prospect of losing this work, so we had to work closely with our customer to make sure there were no contractual infringements.  We also inspected the tooling in-situ to make sure we had the correct production equipment in place and advanced knowledge of any remedial work required.”

“In order to ensure a smooth transition and no interruption to supply, we have coordinated our efforts with JLR.  Tools are being transported and ‘run out rate’ trials conducted during their two-week shutdown period.”

“During this time, JLR’s own quality department will work closely with our sister company, LVS Quality Measurement Services.  Having recently gained IATF 16949 accreditation has definitely given us the confidence to undertake this time sensitive and demanding project.”

This is not an isolated case or restricted solely to the automotive sector.

“We are actively engaged in three separate re-shoring projects. As well as the automotive client, we are working with companies wishing to manufacture electronic enclosures and DIY related products in the UK.”

“When the final product is being produced in the UK, it makes perfect sense to manufacture as many constituent components within the same geographical area.  In the case of the automotive re-shoring project, we will soon be shipping ‘product’ two or three times a week in RTP.  This is in line with our customers ‘just in time philosophy’, something that wasn’t previously possible.”

If you have a re-shoring project that you would like to discuss, contact Charles Carter on 01952 290666 or charles@small-plastic-parts.co.uk.