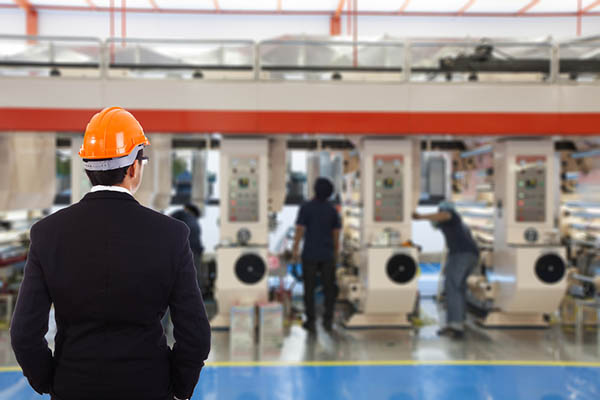 A new poll released on 21 September 2018 shows that the general public thinks manufacturing is hugely important to the future of the UK economy post-Brexit and that Government should place more value on it, but there are massive misperceptions about the pay and opportunities it offers, as well as its world ranking.

According to the survey carried out by YouGov for EEF, the manufacturers’ organisation and law firm Womble Bond Dickinson, almost three quarters of people (70%) agree that the UK cannot tackle future problems without a strong manufacturing sector. The sector also comes among the first when asked which sector is likely to provide a solution to a number of the challenges facing the UK and manufacturing quality managers also score highly with the public for trust when compared with other professions.

According to EEF and Womble Bond Dickinson, this strong public backing for the importance of manufacturing has significant implications for the direction of policy, with Government urged to invest more in the sector. 79% of people believe that the Government should place more value on manufacturing and half (49%) that more should be spent on training the next generation of manufacturers.

However, despite the public placing a high value on the role of manufacturing only a fifth (19%) of parents of children aged 18 and under would encourage their children to work in the sector. When those who said they were unlikely to do so were asked why, a third (31%) of parents thought the sector was poorly paid whilst just over a quarter (27%) said they do not want their offspring working on a production line. In addition, almost one fifth (18%) said they did not want their child doing manual labour, a factor which has huge implications at a time when Apprenticeships and Technical Skills are so critical.

The survey also showed the understanding of Britain’s international standing was extremely underrated. The UK public believes that the UK is ranked at 56th in the world in terms of value of products made, which is actually the position of Kazakhstan. The reality is that the UK has not been out of the top ten performing manufacturing countries around the globe for the last decade, and is currently sitting at 9th place in the world.

Stephen Phipson, CEO of EEF, the manufacturers’ organisation said: “It is clear that there are massive misconceptions about manufacturing although it is pleasing that the UK public feels the sector is important for the country’s economy and that Government should invest more in its future.

“Clearly we need to continue to push Government to work with industry to invest more in creating the next generation of manufacturers to ensure we are able to maintain Britain’s impressive place in global manufacturing, and go on to improve further and grow.”

Peter Snaith, Partner and Head of Manufacturing at law firm Womble Bond Dickinson, added: “Manufacturing provides enormous value to the UK economy. It is encouraging that the public’s perception acknowledges this, with widespread confidence in the manufacturing industry’s ability to solve many of the UK’s challenges. The companies we work with are proof of this – embracing technologies to enhance their productivity and compete on a global scale.”