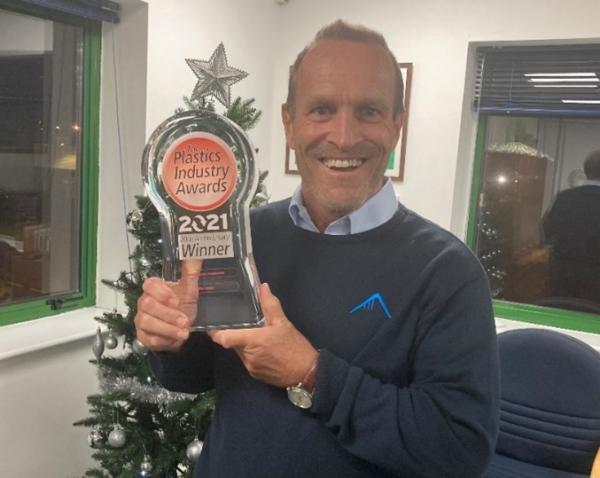 This year marked the 20th anniversary of the awards, held at The Waldorf Hilton and attended by many industry professionals, with 17 awards being presented for innovation, hard work, and dedication to the industry over the last 12 months.

The nominees for the Plastics Industry Ambassador Award are, by tradition, put forward at the discretion of the judging panel, but for the first time in 2021, nominations were submitted by industry peers, and the numbers were high.

It was with Mike’s commitment, forward-thinking, and perseverance that saw him receive this accolade.

Mike has been a constant face at the forefront of the industry, having worked in the trade for almost 40 years. A highly respected and successful plastics ancillary equipment supplier, Mike established Summit Systems in 1989 and continued developing the company, concurrently supporting the industry and maintaining a distinguished reputation amongst his peers.

Unfortunately, Mike was unable to attend the awards evening, the first he has missed since its launch in 2001, but he was able to send a pre-recorded message of thanks, with his son Dan Jordan, accepting the award on his behalf.

Via video message from sunny Mauritius, Mike expressed his appreciation and respect for the Plastics Industry Awards and the industry. He said: “I love this plastics industry; there are so many talented people within it, and so many talented suppliers and customers.”

He continued by voicing his admiration to his Summit Systems colleagues: “I am privileged to be part of Summit Systems. That team inspires me on a daily basis and without them, it wouldn’t be worth getting up in the morning.”

Returning to the UK the following week, Mike was presented his award, with it ultimately taking pride of place in his office. He concluded: “I am still full of appreciation for this award I have received, and I cannot thank my industry peers enough for this recognition – I just love this industry and the people in it.”

Congratulations to all the winners and finalists of the evening!