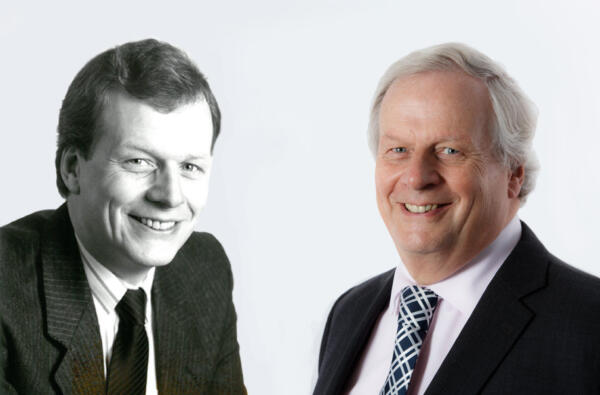 Peter began his career at Luxus in 1970, quickly progressing through the company to become an executive assistant by 1973, a Director in 1981 and has been Managing Director for the last 39 years.

Luxus was established in 1965 by Ron Tonn as a burgeoning plastics recycler, and has grown over the years to become the key regional employer and industry leader that it is now. Today, the technical plastics recycler and compounder runs a 24-hour operation from its two main sites in Louth and since 2017, has also had a masterbatch subsidiary in South Wales.

During his time at Luxus, Peter has made an enormous contribution to the company and the wider industry as his son, Simon Atterby, GM of Colour Tone, explains:

“Soon after beginning at the company, on the request of Ron Tonn, Pete relocated down to their then head office in Banbury, Oxfordshire, where he progressed in Sales, then led the project to build their first designated compounding facility in Louth (which included his personally laying a number of the first foundation bricks). Soon after, at the age of 28 he was then appointed Director, before in 1986 becoming MD.

“During his tenure, Peter has dedicated himself to Luxus and the Luxus Group enabling the company to best serve and support our customers and in doing so shaping the business into the company which it is today. This has included huge expansion and modernisation of all aspects of the business.”

Peter Laking, who has been part of the Luxus team since 1968, added;

“Peter and I have worked together for so long. I think we’ve tackled just about every challenge imaginable along the way; achieving some great successes and I’m delighted to warmly congratulate him, on behalf of the team, on 50 incredible years in the industry. The future looks bright for Luxus, despite the current climate, and Pete’s strong leadership and years of experience have played a huge part in that.”

Terry Burton, who has been a part of the technical team at Luxus since 1979, added:

“We believe we now have the best technical facilities and testing capabilities of any compounder in the UK. This is due in no small part to Peter; his foresight in continually investing in the latest equipment  technologies and his drive to keep pushing us as a team to develop and deliver cutting edge, bespoke problem-solving solutions for our clients in a wide range of sectors across the UK and beyond.”

Due to COVID restrictions, the team are postponing plans to formally mark the occasion through to next year, or when it is safe to do so.

If you are interested in career opportunities at Luxus or would like to know more about the business, please visit: www.luxus.co.uk.