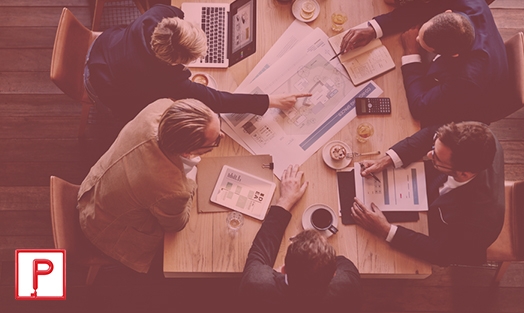 Web-based procurement and marketing hub, PlastikCity, has been selected as a finalist for Best Business Initiative at this year’s Plastics Industry Awards.

This is PlastikCity’s fourth time as a Plastics Industry Awards finalist since the company started six years ago. They were first shortlisted for the awards in 2014, with the initial launch of the PlastikCity site. In 2015 they were shortlisted for their support of reshoring manufacturing work, through the introduction of the ‘Source a Moulder’ area on the PlastikCity website. Last year’s entry was based on the company’s expansion into North America.

This year’s nomination involves PlastikCity’s Account Based Marketing (ABM) initiative, which is a very targeted marketing approach. The objective of this strategy is to successfully deliver relevant sales and promotional content to highly targeted prospects.

Carl Futcher, Managing Director of PlastikCity, explains:
“The PlastikCity business depends on promoting and networking high-quality sellers with serious buyers. This extends to our own businesses, PlastikCity UK, PlastikCity North America, and PlastikMedia, as well as our clients, whose marketing activities we manage.”

In this age of GDPR, mass emailing, and sophisticated spam filters, the company understood they needed to adapt their approach in order to deliver relevant materials to a more discernible audience.

“Everyone’s inbox is full nowadays, so unless you deliver high-quality and relevant content, it won’t get seen. After a comprehensive study and workshops attended by our team, we decided to adopt a form of ABM, with modifications to suit our environment and industry.

“This has directly resulted in growth of our subscriber numbers, improved audience engagement, and new partners joining the PlastikCity sites. We’re also seeing excellent results for our third-party customers, whom we’re currently running ABM campaigns for.”

One of the company’s marketing customers is Sanko Gosei, a leading injection moulding company who has previously specialised in automotive. Simon Whitehead, Business Development Manager at Sanko Gosei, commented: “We wanted to diversify the business away from automotive dependency. The PlastikCity team introduced us to their ABM model as a way to find new markets and prospects. We initially chose the rail industry as a potential new market. The initiative has been very successful, and we’ll be expanding this to other target sectors working with the PlastikCity team.”

As well as being a finalist, PlastikCity is proud to be a Gold Sponsor at this year’s awards, for the Supplier Partnership Ancillary Machinery category.

Futcher continued: “We’re also delighted that PlastikCity Partners have received 21 nominations at this year’s event, which makes up over a third of the total. PlastikCity has always stuck to the principle of only representing the industry leaders, so it gives us great pleasure when our partners are nominated. We’ll be cheering them on loudly!”

Related Post  Should I Continue Marketing During COVID-19 Pandemic Uncertainty?