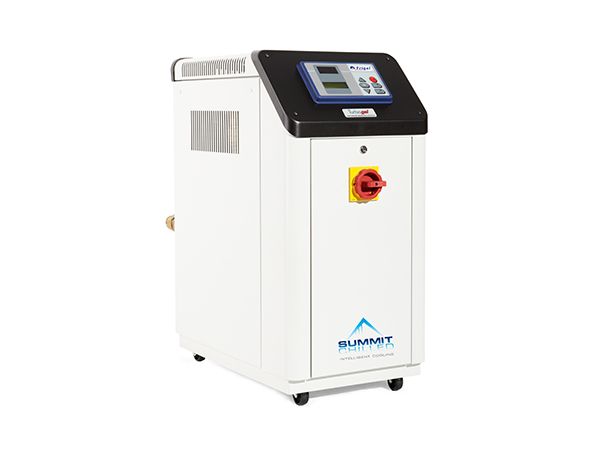 Summit Chilled, the intelligent process temperature control division of Summit Systems, has been selected to supply 18 x Thermoregulators to a Tier 1 Automotive customer.

After extensive trials on one of the customer’s large injection moulding machines, Summit Chilled suggested using a Frigel Duel Zone Turbogel RBD 130/24 instead of existing multiple 18kW tool heaters. Following the successful trial, it was concluded that ONE unit was capable of doing the job better than FOUR original units.

With the Frigel Duel Zone Turbogel, they saw an 11% reduction on their cycle times added to a large reduction on capital costs.

Therefore with reduced cycle time, halved footprint and capital costs payback was a matter of only a few months.

The customer has pin pointed that the dramatic increase in flow rate has resulted in much improved quality, coupled with a reduced cycle time of 20%, which had to be regulated to 11% due to the restriction in downstream operations.