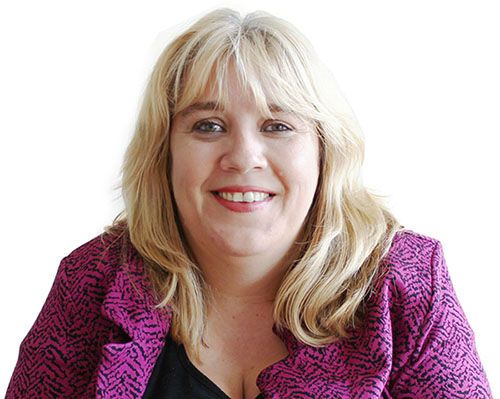 The MD of a young Tyne Valley business has been shortlisted to the final three in the 2017 North East Businesswoman of the Year STEM Awards.

Over the past few months Tyne Valley Plastics (TVP) has seen its turnover increase by 100% and Managing Director Gill Rice believes that being awarded the first class quality accreditation ISO9002 earlier this year has been the catalyst.

Speaking about the news, Gill explained: “After storm Desmond almost wiped us out two years ago, we had nowhere to go but up. Every member of staff came in and cleaned up and we haven’t stopped since. The ISO accreditation seemed to inject us with even more enthusiasm and we have now introduced working shift patterns to ensure we meet our customer’s deadlines. It’s very exciting to be shortlisted for this prestigious award, which of course, has been entirely brought about by teamwork at TVP.”

Specialists in plastic mouldings, TVP, founded in 2003, is currently producing 1.5 million components per month for various multi-national companies in a multitude of sectors such as the oil and gas industry, agriculture, the Ministry of Defence, manufacturing and DIY.

TVP’s work is demanding and diverse, requiring a great deal of time spent in research and development. A Licentiate of the London School of Polymer Technology, Gill is the first to admit that current rapid growth will mean expansion and a possible relocation. Two local young apprentices joined TVP this year and James Whitmore, who recently achieved a double Distinction in Advanced Apprenticeships, is now working towards an HNC in Mechanical Engineering. Gill said: “I’m a great believer in encouraging and supporting young people and mentoring them throughout their apprenticeships here. If young women feel as inspired as I did and want to be a vital part of this specialist industry, we would love to talk to them.”

The NE Woman in Science, Technology, Engineering and Mathematics (STEM) Award recognises an exceptional woman who has pioneered new discoveries and /or has been instrumental in bringing the benefits of those discoveries to market for economic and social impact. The winner will have shown persistence and tenacity in pursuing scientific excellence of truly world class quality, whether in academia or business. The judging panel is looking for a significant track record of discovery, research and development. The result will be announced at the Awards Ceremony at the Hilton Hotel Gateshead, on Friday 27th October 2017.