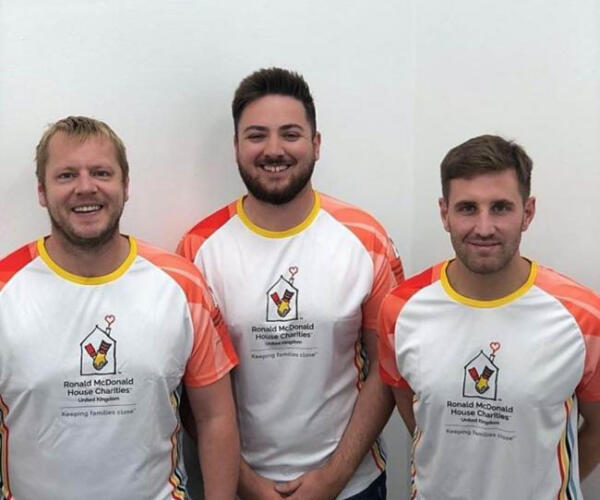 The team from Willcox Matthews, technical recruitment specialists, will take on the Simplyhealth Birmingham Run on 13th October, to raise money for Ronald McDonald House Charities.

The Simplyhealth Great Birmingham Run is a half-marathon, held on Sunday 13th October, taking runners through the heart of the city in one of the regions largest running events.

Company director Matt Reynolds commented: “The team felt very spontaneous and we have registered to take part in the Simplyhealth Birmingham Run 2019. It’s fair to say there are now a few worried faces in the office!

“I go to the gym regularly and enjoy running, however, I’ve never done a half marathon, or come close to running 21km, so this is really going to push me both physically and mentally.”

Jake Willcox added: “This challenge has given us all goals to work for outside of the office, which is also driving team spirit within work.

“Team morale is really important, and this is an event that is going to require a lot of grit and determination.”

The route for the Birmingham Run has changed this year, with a new starting position on New Street. The half marathon will pass the famous Rotunda, Primark on High Street, Selfridges and St Martin’s Church before leading the thousands of participants along Pershore Road and into South Birmingham. Runners will return to the city centre around the six-mile mark, passing through Bournville, before reaching other landmarks such as Cannon Hill Park and Edgbaston Stadium around the ten-mile mark. Passing through Digbeth after twelve miles, the participants will finish the event on Jennens Road and Aston University campus, to be cheered on by thousands of spectators, completing the 13.1-mile run.

Josh Bryan said he is more familiar with playing golf at the weekend, adding “We have a mixed group in terms of running capabilities, so it will be a big test for all involved.

“The main thing is that we all cross the finish line and raise as much money as we can for charity.”

The chosen charity for Willcox Matthews is the Ronald McDonald House Charities, who help families stay close to their children that are staying in hospital. They provide ‘home away from home’ accommodation and support for families with children in hospital, giving them a free place to stay, for as long as they need, located close to their child’s hospital. The charity currently has eleven houses across the UK, helping 6000 families in 2018, and over 50,000 in total, since the charity began in 1989.

To find more about the fantastic services provided by the Ronald McDonald House Charities, visit their website.

If you’d like to help Willcox Matthews towards their £500 target, please visit their fundraising page at uk.virginmoneygiving.com/Team/WillcoxMatthews