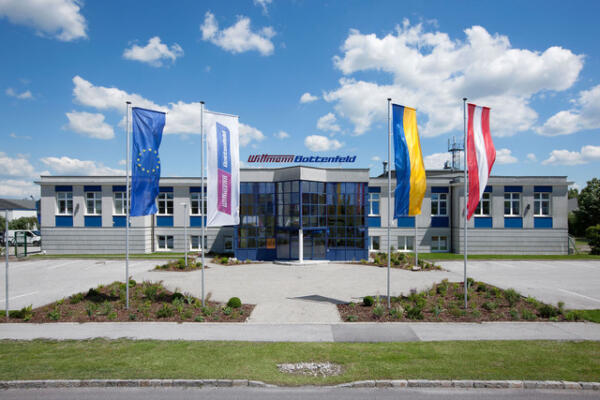 The WITTMANN Group is planning an expansion of capacities at its injection moulding machine manufacturing facility WITTMANN BATTENFELD in Kottingbrunn.

With an investment volume of some 15 million Euros, both its production plant and the administrative area will be extended and remodelled.

As a consequence of the growth in recent years across all product lines of the PowerSeries machines and the very positive development of order intake in 2017, it has been decided to invest further in the expansion of the Kottingbrunn facility. Specific plans have been made to extend the assembly area by an additional 2,200 m². This area will house the assembly lines for medium-sized and large machines from the EcoPower and SmartPower series, with clamping forces ranging from 180 to 400 t, to complement the assembly line for small machines already in operation since 2015. Moreover, the assembly capacity for the large machines of the highly successful MacroPower series will also be increased.

In addition to the expansion of production capacities, the office space will be enlarged and modernised as well. To this end, two more floors will be added on top of the existing sales office building to accommodate ultra-modern offices and conference rooms.

Construction will start in June of this year and is to be completed before the end of 2017. Work on the extension of parking facilities for company staff is already under way.

For 2018, more construction work has been planned. To provide additional space for designing and developing injection moulding machines, the existing technology building will be extended by another storey to create about 800 m² of extra space here also.

These generous extensions of capacity will provide the basis for further growth of WITTMANN BATTENFELD over the next few years.