A Year in the Life of an Award Winning Polymer Supplier 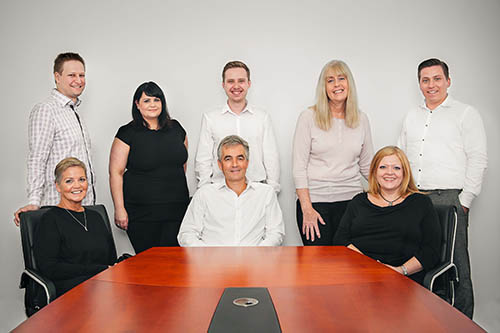 Time flies they say and it did for Hardie Polymers. Here they give a recap of their news from last year.

Hardie Polymers were excited to kick off last year with a rebrand and launch of their new polymer website. They specialise in sourcing and distributing engineering and high performance polymers.

As their company grows they continue to embrace new technology. The new website was carefully constructed by web designers Inigo Media. They crafted the site so that Hardie Polymers can better communicate with and serve their customers.

The website featured a fresh new dynamic logo to reflects the evolution of this polymer supplier.

You can read all about Hardie Polymers’ company history and their dedicated staff, and you can learn how easy it is to search for the exact grade of plastic you need. Visit the website.

The team – getting great polymer supplier deals for you

They regularly invest in the knowledge and skills of their staff. With this in mind, also in their news last year was Bartosz completing a two day polymer training course on ‘Materials Appreciation’. This was run at the renowned Polymer Training & Innovation Centre at the City of Wolverhampton College.

In April they welcomed the BPF to the Hardie Polymers Offices

They held discussions about the strength of the UK injection moulding sector. Also discussed were severe price increases coming through on engineering polymers and the problems this causes for UK moulding companies.

Hardie Polymers was shortlisted in the Working4Business Awards 2017. They were finalists in the Best Performing Business (Under 25 Employees) category.

“We were delighted to have been recognised locally for our growth and our business success. Supplying injection moulding companies right across the UK and Europe, we have brought real competition to a highly competitive industry, dominated previously by large multi-nationals.”

Hardie Polymers were also delighted to announce last year that they were appointed by novaPET to sell their injection moulding grades of PET in the UK.

Hardies are pleased to be distributors for NovaPET of Spain for their special range of injection moulding grades of PET.

But it’s not all work! Last year Hardie Polymers MD, Fergus Hardie competed in the ‘Vuelta’ cycle challenge on the West Coast of Scotland.

He rode over 300km in 3 days and helped raise funds for Mary’s Meals charity – they feed over 1.2 million of the worlds poorest children every day!

They ended the year by writing about how Hardie Polymers is supporting The British Plastics Federation (BPF) campaign on marine litter.