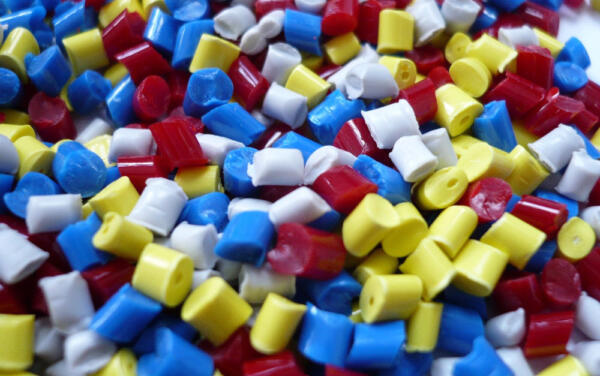 There are so many factors one needs to consider when formulating thermoplastic compounds, regardless if it is being formulated for compounds or masterbatch. This blog from Pravin Mistry, a member of the Plastics Consultancy Network, investigates.

The starting point is, what is the end application or product? The formulators are usually second or third-tier suppliers in the chain and do not always know what the end product will be. The moulder may be only supplying a small or integral part of the finished product.  So it is quite important to know which sector the product will be in, for example, food, pharmaceutical, medical, automotive industrial. Not only is it cost that need to be controlled but more importantly, the safety side. Different formulations will be used in food contact products compared to industrial products.

When producing compound formulations, it’s important to know just what’s expected of the end application. If the wrong choice of base polymer is selected then this could result in a product failure costing thousands if not millions of pounds, and in the worst-case scenario a possible criminal prosecution, should there be a catastrophic failure leading to personal injury or even death. So before deciding on what base polymer should be used for the compound, one must first make sure that the selected polymer has the mechanical properties that are the right fit for the end application.

There are many additives which can be used within the compound formulation to enhance the properties of the base polymer, some are added to improve output rates such as processing aids, a common type being a fluoroelastomer, this same additive can also give better mould release and prevent melt fracture in blown film applications.

Other commonly used additives include UV stabilisers designed to help prolong the life of the base polymer, a typical application being stadium seats when helping to prevent the seats from becoming brittle and or discoloured in too short a period of time.

A UV Absorber is another type of additive often used in conjunction with UV stabilisers to offer polymer protection and these type of additives can also help prevent any UV sensitive contents of a container from being damaged, particularly relevant for some pharmaceutical and food and drink applications.

Antioxidants are also used to help prevent polymers from undergoing thermal degradation while being processed or when in contact with heat over a prolonged period of time, such as in the case of automotive under bonnet applications.

Other properties like low friction, impact strength, viscosity, antibacterial, conductivity, and antistatic, increasing or decreasing densities, as well as many other functional performances, can be modified by selecting the right appropriate additives.

Fillers are often used to modify the properties of the base polymer or in some cases, they are added to reduce costs, the most common types being Calcium Carbonate (chalk) Magnesium Silicate (Talc) Mica, Glass bead and Fibre, Barium Sulphate.

The level of filler content can be as high as 80% as is sometimes the case when Barium Sulphate is being used to increase the density of the host polymer.

Calcium Carbonate is often used to reduce costs. Talc is used to increase rigidity and deflection temperature and to enhance other properties such as thermal conductivity and lower cycle times. Mica has good sound deadening properties. Glass beads can lower the frictional properties of the base polymer and glass fibre is often used to reinforce polymers such as nylon and polypropylene.

When it comes to the colouring of a compound, the choice of colourants is many and varied. There are three main types ( 1.) Inorganic pigments  (2.) Organic pigments: both are finely divided solid particles which become insoluble particles when mixed within the polymer. Whereas (3.) Dyes are designed to dissolve into the polymer.

Dyes do not have such wide compatibility with polymers when compared to inorganic and organic pigment types and their migration resistance, especially in higher concentrations, is often inferior.

The main properties of these three colourant categories are;

Generally, inorganic pigments tend to be less vibrant, and their tint strength is lower than organics pigments and dyes. They have excellent migration resistance. Generally, they have higher heat stability, e.g. ultramarines blues, chrome oxide greens and red shade iron oxides can all withstand temperatures over 400 C more than enough for all polymers. The light and weather fastness is normally excellent and has none or very little influence on warping behaviour. In most instances, they have excellent chemical and solvent resistance even when used in low concentrations and are generally easy to disperse.

Generally, organic pigments are strong vibrant colours, with excellent tint strength and their migration resistance are normally very good, though there are exceptions to this rule. There are many organic pigments where the heat stability is up to 300 C, but others can be as low as 180 C. ( Light and weather fastness can also be quite variable (Light fastness measured using the ISO 105 B02 Blue wool scale (1-8) can in the worst cases be as low as 1 or have the highest value of 8, similarly weather-fastness measured using the international ISO 105 A02 Gray scale (1-5) can be as low as 1 or as high as 5.)

Warpage can be a major problem when formulating with organic pigments, especially with the commonly used phthalocyanines. However, there are quite a few organic pigments where the warpage is considered to be low and a small selection where it is believed there is no influence on warping behaviour.

Chemical and solvent resistance is generally quite good, but some commonly used organic pigments are known to interact in a negative way with such additives as zinc stearate, magnesium stearate, calcium stearate, alkaline-based additives such as antistatics and some stabilisers, these are often found in compound formulations. Usually, if there is a negative interaction this can be seen as a shade variation, as a result, sometimes there can be a very dramatic colour shift when a yellow shade turns to orange, or a red turns to brown. Also, it can be difficult to disperse especially in higher concentrations.

Dyes are strong, vibrant transparent colours, with excellent tint strength. Migration resistance can be very good, though there are exceptions to this rule. If dyes are used at higher concentrations than recommended they do have more of a tendency to migrate. Most Dyes have good to excellent heat stability some in excess of 320C though most tend to be around 240 to 300C.

Light and weather fastness is very variable. Light-fastness measured using the ISO 105 B02 Blue wool scale (1-8) can in the worst cases be as low as 1 or have the highest value of 8, similarly, weather-fastness measured using the international ISO 105 A02 Gray scale (1-5) can be as low as 1 or as high as 5. Dyes have no influence on warping behaviours. Chemical and solvent resistance is generally quite good. No issue with dispersion as they dissolve into the polymer

As can now be seen, when choosing the right polymer and ingredients for the compound application, many factors must be first taken into consideration. Most importantly, one should always try to get the end customer to tell you what they are expecting from the compound and where and for how long the end product is going to be used. e.g. Formulating a red compound requiring a 5-year life expectancy for a stadium seat application for use in the UK is going to be an easier proposition than for 5 years in Saudi Arabia, but both can be achieved by selecting the right polymer, additive and colourant package. Failure to use the right selection of ingredients could result in product failure within just a few months, some organic pigments especially reds, can start to colour fade when exposed to sunlight in just a few weeks!

Opacity is another important factor to take into consideration when making any compound colour, adding more pigment than necessary, can add considerably to the cost, since some pigments cost over £60 per kg. Mechanical properties can also be adversely affected if too much pigment is added to the compound, it’s not uncommon for polymers such as ABS to have as much as 10% titanium dioxide added into the formula to help mask the yellowness of the base polymer, but this level of pigment will drastically reduce the impact strength and other key properties.

It’s important to always check what effect the selected pigments are having on the properties of the compound.  Poor dispersion of any of the pigments can result in lower impact and tensile strengths and in severe cases, even the surface finish of the mouldings can look pitted rather than smooth in appearance. In transparent mouldings poorly dispersed pigments can sometimes be mistaken for black specks.

Finally, one of the most important aspects of any compound formula is ensuring that it meets any food, toy or other toxicity compliances requested by the customer or those known to be relevant for the end application. The regulations vary from country to country so it’s essential we know the type of end application and where in the world it’s going to be used in order to select the right ingredients.

By gathering all the right information compounds can then be made to be both cost-effective and fit for purpose.

This article was written by Pravin S Mistry, CEO of PREA Ltd, a member of the Plastics Consultancy Network.