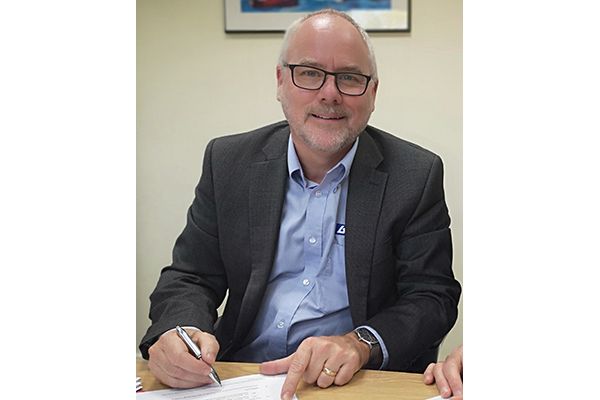 Labotek GB is part of Labotek A/S family, who have been a pioneer of high quality, cutting-edge ancillary solutions to the plastic industry since its inception in 1943. Tim Peet has had an association with Labotek for about 30 years, and recently became the co-owner of Labotek GB Limited. Tim was also part of the PMMDA committee for more than 10 years, serving time as treasurer, chairman and president. He is the next PlastikCity Partner to face the HotSeat…

What trends do you think will shape the future of UK plastics?  How will Labotek respond?

For years I’ve been visiting companies and still do who have dryers and other ancillary equipment just sitting there running when the process itself has stopped, and in some cases, this goes on for many days. The amount of energy we waste is staggering and at the same time they are damaging the polymer by over drying it which creates scrap or inferior products.

For many years Labotek have been working on and offering simple monitoring systems that can detect if the material is not being used. So that the equipment can then respond automatically without intervention from the machine operator on the shop floor. Labotek continue to refine these systems all the time making them simple to operate and reliable.

How has Labotek GB developed during your tenure?

We have only been Labotek GB since April 2018, prior to that we were called UK Plastics Machinery for 13 years.

Now as part of the Labotek International Group which includes Labotek Nordic, Labotek India, Labotek Deutschland and head office Labotek A/S we have been able to move to new premises in Bromsgrove, increase stock equipment for fast delivery and take on extra staff including Richard Hird as Sales Manager.

We also have other quality products with Ferlin gravimetric blenders, Getecha granulators and now also Dyna-Con conveyors to give us a full product range.

Simple… be honest with your customers and loyal to your suppliers.  I will not sell something if I think it may not work.

Constantly we are under pressure from buyers in companies to reduce our prices when we are trying to sell them the best technical solution.  We do not drop the specification hoping it will work just to get the order.

Leaving my father’s plastics business, where I could probably have had a cosy existence, to go out and try and sell machinery.

I’m 55 now and I first started working in the plastics industry for pocket money when I was still at school.  My father had his own injection moulding and toolmaking business – so I guess you could say I have plastic running through my veins. After a mould making apprenticeship, followed by a few years selling moulding machines, I switched to selling ancillary equipment.

I can remember at the age of 23 sitting outside a very large injection moulding company in South Wales in my shiny new Vauxhall Cavalier with just 1 weeks sales training on Toshiba moulding machines thinking “what the hell am I doing here”?

What advice do you wish you had had on entering the industry and does that differ from the advice you would give to an Apprentice joining now?

It’s so long ago I don’t remember getting much advice.

My advice is to use common sense, good manners and total honesty and it will generally help you move on in life.

Also, however bad your experience has been – if possible – it always helps if you try and leave previous employers on good terms.  It’s a very small world and you may end up working with them again in future.

I’d like to say lots, but I can’t really think of anything.

I suppose still being married to my wife after 28 years when she’s also been the company accountant for 13 of those years is quite an achievement but not sure if it’s a talent.